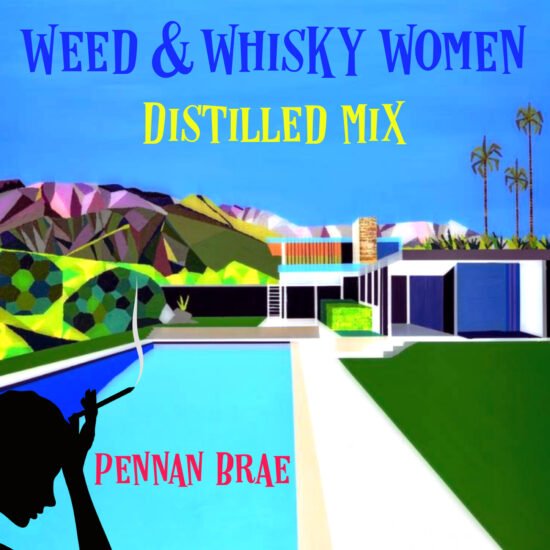 Both subtle and exceedingly surreal, there’s little to separate the vocal harmonies in Pennan Brae’s “Weed & Whisky Women – Distilled Mix” from the fragile fretwork they connect with in this stylish new single out everywhere indie rock is sold and streamed this summer. If you’ve listened to Brae’s work before, you already know that creating wickedly immersive rhythm and melody is something he specializes in, but in this cut off of his ninth studio album, he reinforces psychedelic elements with compositional wit as opposed to multilayered sonic handiwork. Don’t get me wrong; this is a tuneful pop song, but one that reaches into your mind rather easily.

The guitar parts aren’t nearly as important to the construction of the groove in this single as the bass is, which is not the case in the standard version of this song (also found on Cinema). The bass is by far the heaviest component of the rhythm in “Weed & Whisky Women,” nudging the percussion along and giving the always-cool Pennan Brae a nice bedrock beat to set his lyrics atop. He could have gone without any drums in this track and still have had us swaying with the music, and it’s entirely because of the way he manages this bottom-end tone.

There’s a place for assaultive beats in rock n’ roll, but they wouldn’t have countered the breakable harmonies in the chorus quite as well as this complicated instrumental setup does. It’s so rare anymore to find young players who are willing to go the extra mile and get a little weird in the studio just to give a remix its own emotionality and soul, but they could stand to learn something from a veteran act like Pennan Brae. He doesn’t care about the pop mold here – he’s making a point, not a pose.

Brae isn’t being recognized in nearly enough circles as the icon his body of work is making him into right now, but with a little help from this remix, I can’t imagine that not changing exponentially in the near future. “Weed & Whisky Women – Distilled Mix” is a literal second look at an artist who has nothing left to prove and an endless map still to be explored, and although designed as a stony rock single with strong pop overtones, its appeal isn’t limited to one clique over another. Pennan Brae writes for himself, not the audience, and that’s ironically kept his fan base growing for quite some time now. 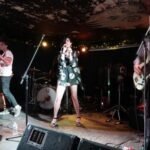 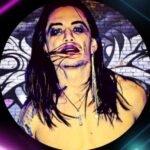