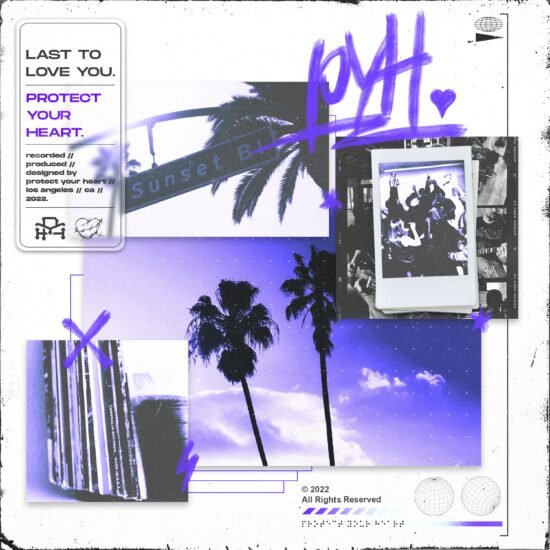 The journey of Protect Your Heart began three years ago during a weekend away to the Vans Warped Tour final. Jake Bratrude (lead guitar), Anthony Palazzole (bass), and Kean Bartelman (rhythm guitar) decided they would use their talents and experience from other projects to create their own band. They originally planned to begin work on a three-song pop-punk project. However, the chemistry and creativity resulted in 50+ demos. But, they were missing a few elements. After a chance encounter, they added Matty McDonald (vocals), a much-needed voice joined the band. They are still looking for a drummer to complete the line-up, but they have enlisted the talents of Mauricio Prado until then.

Even though the world went into lockdown in 2021, it did not stop them from releasing new music. It all began with the debut single, “Don’t Count Me Out”. Its infectious rock energy flowed into their following releases “Closer to the Grave”, “Best of Me”, and “Worst Side of Me”. Between those, they unleashed the stunning “Never Gonna Leave You”. A track full of energy and a hook that makes you want to sing along. It is an unmissable anthemic moment.

Now for 2022, Protect Your Heart is not slowing down. They are bringing another taste of what to expect from their upcoming album with the single “Last To Love You.” A track they say “was the 16th demo written for the album, based on the original file name ‘Riffage 16’. But, it was the first song of the 50+ demos we wrote to get lyrics and a vocal melody. It was initially supposed to be our first single release for the PYH project. But life (read: Covid) got in the way of our planned vocal recording sessions. It forced us to delay its release and push all of our previously released singles ahead of it”. Due to the calibre of their music so far, high expectations accompany the release.

As soon as you press play, “Last To Love You” grabs the listeners attention thanks to some ferocious drumming. It is a great start that becomes even better when some impactful guitars join in. McDonald comes with the lines, “City of angels summer nights / Lost in the hazel of your eyes / Don’t fall in love now, you said with your lips on my neck, and I knew”. There is an effortless flow as he delivers the opening verses. It is more impactful because of the soundtrack that supports them.

As their previous releases show, Protect Your Heart knows how to create a killer hook. This single is no exception. From the opening section, “But it still hurts / Sunset in the fall / On the boulevard / Remember the feeling”, it makes you want to sing along. If it doesn’t, once it hits the final stretch of the chorus, then it definitely will. It is another anthemic delivery by McDonald and no doubt it will sound fantastic during a live show. He will have the crowd joining in with, “It’s so long ago / And now I know / You’re leaving California soon /But it still hurts / That I won’t be the last to love you”.

Talking about McDonald’s voice, this track gives one of the finest showings of his talents. He mixes up-tempo and power throughout the release. When he packs a punch, he stands out even more. A great example of this is during the second verse with the lines, “In fact, I feel it all the time / I feel alone inside my mind / I believe you when you said it won’t work / I’m not dumb I’m just hurt / And, I’m ready for memories to die”.

Not to be outdone, the band as a collective do a fantastic job of matching the tone of the vocals. As part of the bridge, the band let loose with stunning effect. Like throughout the song, those drums and guitars get inside you to make you move. It’s hard to keep those feet still, especially when the chorus arrives. Everyone plays their part to perfection to create one of the best moments by Protect Your Heart.

A big pop-punk sound with a killer hook, it must be ‘Last To Love You’ by Protect Your Heart

Even though “Last To Love You” is out there, these guys have a lot more to come. They are busy with a few music videos, a new website and merch. On top of that, as already mentioned, there is a debut album on the way. With the number of singles they have already released, fingers crossed they have kept some surprises for the album. We will have to wait and see. What we do know is that it is going to be a fantastic year for Protect Your Heart! 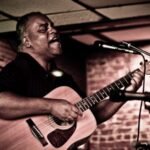 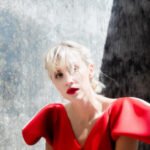