Anyone who has ever been in a band can tell you that it is not an easy task to keep it going once you start to find some success.  Tensions and personal problems seem to arise from nowhere and can lead to a downfall.  Even after a band breaks up there will always be that connection in the music that is a lifelong bond.  There have been stories of reunions after many years leading to a full on 2nd career of success.  One such story in the making is the band Rainy Day Crush. 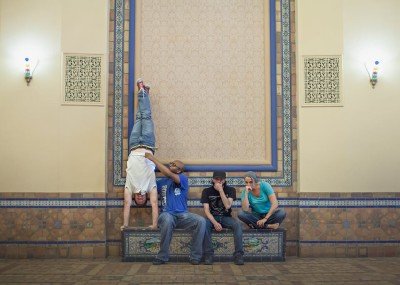 The band from Milwaukee, Wisconsin was firing on all cylinders back in 2002.  They signed with an indie label, released a debut LP and toured the country playing an assortment of music festivals that any band would be jealous of.  Rainy Day Crush found major success locally being named the Wisconsin Area Music Industry’s Best Rock/Alternative Band of the Year, and lead singer Betsy Ade was named the Wisconsin Area Music Industry’s Female Vocalist of the Year.  Unfortunately not soon after internal tensions split the band up in 2004.  All was not lost though.  A one off reunion show in 2012 proved to Matt and Betsy that their story was not over.  They picked up  bass player Derek Schattl and singing drummer Mike Wynn, Jr. and reformed Rainy Day Crush for the next chapter.

On January 15, 2016 the band will officially release their sophomore record Calamity!  The 5 song EP harnesses the beauty of what they were doing a decade ago and brings in a modern feel for something fresh yet reminiscent of a classic time.  The opening title track “Calamity!” sets the tone right away with Betsy’s vocals as strong as ever over a pretty melody with the rhythm section taking their turns at the front as well.  The whistles of “Have It All” immediately put the listener in a happier mood as the song welcomes everyone into the warm “singing around a campfire” feel.  This brings a real connection to the music for the fan.  Rainy Day Crush shows a bluesy funk side on “Sticky” with the group filling the full sonic space with inventive sounds.  The closer “My Own” has a darker feel in the lyrics but the vocals are superb and the buildup of the music leads you to believe better days are ahead.  This is what we would all want for Rainy Day Crush.

Keep up with the band at: 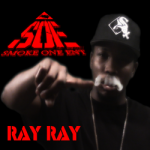