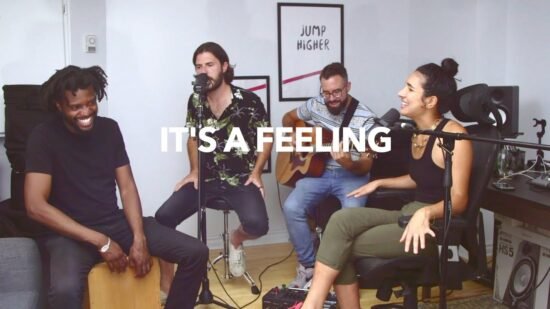 RockLee has been doing some interesting work in the Canadian underground for a few years now, but in his new single with Mel Pacifico and Uness – titled “It’s a Feeling” – I think he reveals a more complex side to his compositional personality than some will be ready to fully understand. Much of his same melody-first attitude is dominant in the mastering of this single and its accompanying video, but much like the lauded Calvin Harris, I’m detecting a shift towards the psychedelic in his sound that is at once both reserved and impossible to ignore – if such a thing is even possible to begin with.

The beat in “It’s a Feeling,” to start with, is a scene-stealer for sure, but when countered with the dreamlike vocals provided by Pacifico and her male counterpart Uness, it softens and becomes more of an accent than the straight-up center of this song. Wrapped around the rhythm is a bassline that slithers more than it slinks, but never to such an extent as to drag on the lyrics. While the instruments move at one speed, the singers move at another, forcing a bit of contrast into the spotlight. We’re hearing two independent elements intertwining to make one sensuous dance, not dissimilar to young lust itself, and it’s one of the more refreshing listens I’ve encountered this year.

Listen to “It’s A Feeling” below

This artist isn’t tasked with doing as much with his life, but he nonetheless reminds the world that Canada has an intriguing R&B underground we really cannot afford to count out of the game in 2021. One of my favorite songwriters in or outside of his insular scene at the moment, RockLee stuns once again in “It’s a Feeling,” partnering with a couple of ace singers in Pacifico and Uness that need opportunities to own the headlines more than they’ve received to date. 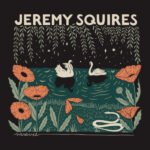 Jeremy Squires Delivers Another Personal Collection Of... Previous
All Signs Point to Loving The Jungle Giants New LP Next 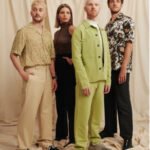