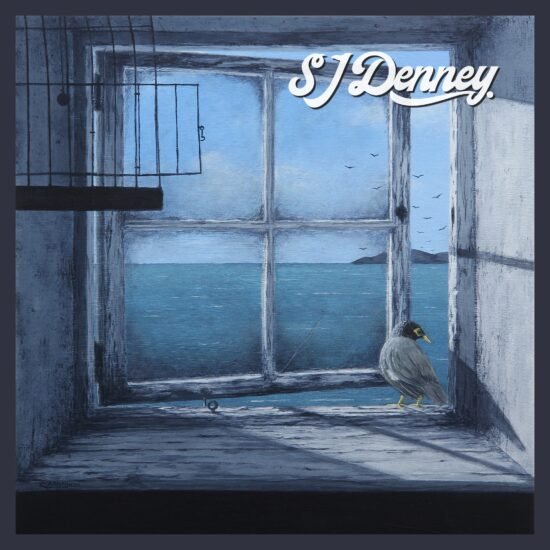 Since his impressive album ‘Then Again’ in 2017, S J Denney has been prolific in releasing music with numerous singles and his EPs, ‘Forgotten Friends’, ‘An Island of Clouds’, and ‘Beneath The Skin’. From these, he has shown a thirst to evolve and try new things with his songwriting. This fearlessness to progress and learn has resulted in outstanding tracks such as “Good Times”, “I Could Be Forgiven”, and “The Sticking Point”.

His last few EPs have all showcased that not only has he fine-tuned his lyrical qualities, but he has been more experimental with his musical arrangements. His latest collection of songs, ‘4 Reasons to Fly’, continues that trend. He wants his new release to keep listeners on their toes by adding new sounds and ideas to his work. Not only that, but it will also feature the most instruments used in any of his EPs to date.

Starting the EP comes “On Any Other Day”. Denney shares a story about how he would act on his first day of freedom from Covid lockdown. He sets the tone with the opening lines, “Lately, I’ve been running out the door / Into the great unknown / And maybe we were climbing up the walls / When we stayed at home”. He shares these words and the rest of his tale in a delicate manner that gently floats along. Mirroring the mood is an array of instruments, including a trumpet, trombone, saxophone and harp. They blend together to create the first of many captivating soundtracks.

S J Denney · And Then You Wonder…

Denney’s gentle guitar yet again sets the mood for “All I’ve Ever Known”. To help add more emotion and impact to his lyrics, he has enlisted the help of Roisin O’Hagan and Brigette Blanchard on backing vocals. Together they share his tale about how you can’t go through life without support. A message enforced during the lines, “That no man’s an island / Without a helping hand / To hold him while he’s hiding / In castles made of sand” within the chorus. The balance of the vocals and the soundtrack enforce the feelings within his words. It results in the first standout moment from the release and features some excellent work on the harmonica (by Leon van Egmond).

As soon as the strings begin, it builds the anticipation of what to expect from “And Then You Wonder”. It sets the stage for Denny to deliver his best vocal display from the EP. Like violins and cello, his voice has a gentle tone that moves along so effortlessly. He captivates with his tale about dreaming of a better place. A feeling enforced with lines such as, “Out of this dream / And then you wonder / If we were thinking the same / As one another / When you drifted away”. As he shares each word, the strings interweave through them to create another must-hear moment from ‘4 Reasons to Fly‘.

Last on the tracklist comes the amply titled “Is This the End?”. Its intro offers something different as the guitar sets up a surf-style vibe. It builds the foundations to support a story about a faltering friendship. As always, his lyrical qualities shine throughout the tale. His message is reflected within the hook, “If I saw your face in the crowd / Then it would be ok / I’m asking you this as a friend / Is this the end?”. Later in the song, its chilled soundtrack becomes layered by various instruments, including the duduk, Hammond organ and oboe. It continues to highlight his fearless drive to experiment with his music.

As “Is This the End?” comes to a close, there is a pause before a beautiful sounding piano appears. It makes up the beginning of the bonus song “Once More With Feeling”. It feels like a short poem, one dedicated to a special someone. As highlighted by, “And please remember that you are / The best of me / Cause every memory of you / Seems like a souvenir”. As it comes to a close, it completes another impressive showcase of S J Denney’s musical and songwriting talents. It is a release that is definitely worth your listening time. 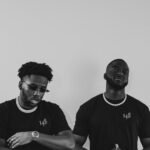 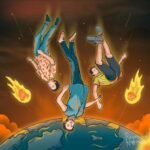