The Big Moon — Girl Rock for Everyone 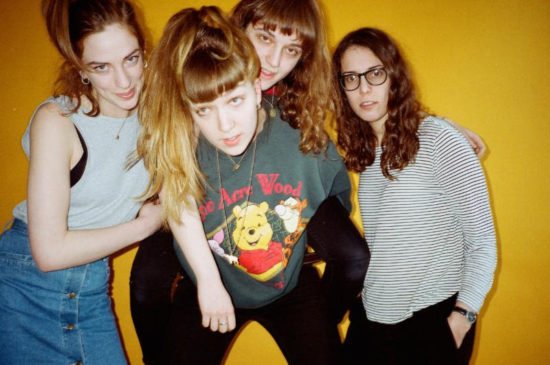 If you’re a fan of girl rock like HAIM, Hinds, or Warpaint, there’s a new band out there for you. Hailing from the UK, The Big Moon is a four-piece rock group beginning to make some serious sound waves.

After receiving recent praise from the likes of NOISEY and NPR, Juliette, Fern, Soph, and Celia have announced their debut EP, The Road, consisting of four previously released tracks, “Sucker,” “The Road,” “Eureka Moment,” and “Nothing Without You,” as well as the band’s latest song, “Cupid.”

The leadoff track and album’s namesake starts with soft guitar strums and a steady drumbeat. Jackson sings “Tell me why you came / Cuz I don’t know why / People can change / I know I’m not the same,” as her notes are joined by organ-like keys and distorted guitars. As the song title suggests, the slow buildup of sounds personifies the feeling of traveling down a road or taking a journey.

The band rocks a little harder later on in the EP. I loved the edgy guitar riffs and smashing cymbals of “Eureka Moment,” as well as the grungy guitars juxtaposed with a softly strummed bridge on the love anthem, “Sucker.” From a live stage, these tracks would surely be head bangers.

“Cupid,” the band’s most recent single, is an upbeat jam with a constantly shifting rhythm. Juliette chants, “I’ve been waiting for a girl like you,” as her band mates’ sharp harmonies underscore her jagged vocals.

I honestly loved every song on the EP and would highly recommend playing The Road in its entirety on repeat. I look forward to hearing the band’s first full-length album, which is set to drop later this year.

Though The Big Moon is only touring in France and the UK right now, I’ll definitely be keeping an eye on their website in hopes of a New York City show. Learn more about The Big Moon here or hear them on Spotify and iTunes 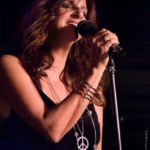 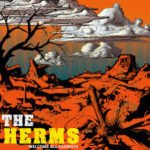