Music is determined by fate much more than it is given credit for.  Chance meetings and being in the right place at the right time have led to some of the best musical partnerships of all time.  Sometimes fate takes the long road but somehow it always ends up coming around to make things just right.  A good example is the formation of The Hidden Agendas. 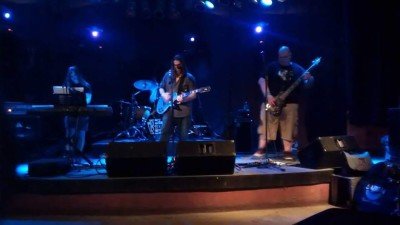 The band hailing from a town known more for 12 year olds playing baseball, Williamsport, Pennsylvania has hit their stride and is ready to expose their sound to a larger audience.  The beginnings of The Hidden Agendas can be traced back to 1998 when Ron Fleeger and Matthew Zarzyczny met each other at Roosevelt Middle School.  Their love for music bonded them even through the passage of time and other musical projects.  Fate stepped in and brought Matthew back to his hometown and the duo met up again and started kicking around some ideas.  Next thing you know the brother and sister team of Scott and Sarah Gibb was added to the mix and the official Hidden Agendas lineup was complete.  They dove in with both feet and had a demo put together and started playing local shows immediately.  Strike while the iron is hot.

The hard work they put in has resulted in the strong EP Ragtime Gangsters.  The 5 track record is an in your face listen grabbing your attention from start to finish.  The opener “The Devils Hymn” was one of the first songs the band ever started working on.  It begins with an exotic odd sound but soon gives way to an all out attack on the ears with its driving guitars and head bopping bassline.  On “The Mad Captain” they show off more of a progressive folk sound that is truly interesting.  The storytelling vocals stand out here drawing the listener in.  There is a poppy punk vibe resonating on “Doppelgangin” but with some twists that keep you guessing.  By the time you get to the album closer “Alien” your mind will be amazed at the range of this foursome.  This is excellent songwriting.  Take a listen to the album for yourself at:  http://thehiddenagendas.bandcamp.com/

Giveaway - Enter For A Free Badge To the New Music Seminar... Previous
Empra - High Energy Alt-Rock Coming Out Of A Dark Time Next 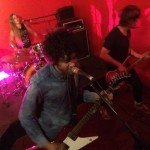