The Jimi Newton Project – Expanding EDM Into Other Genres With Precision

Electronic Dance Music (EDM) will usually get my blood pumping and force my body to move but I must admit there are times when the genre sounds repetitive and all the songs start to sound the same.  One way some artists have set themselves apart from the mundane is to introduce other genres into their version of EDM to create something fresh and new.  A good example is a new find of ours, The Jimi Newton Project. 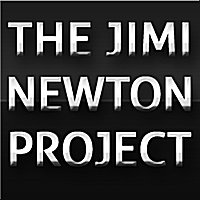 The heart of the project is guitarist Jimi Newton himself but he adds a varying number of session musicians and vocalists to build on his own technique.  Along with the EDM beats he adds emphasis on funk, 70’s disco, and sultry vocals crafting a new sound that is hard to define at times.  Jimi Newton began in Dallas, Texas but has since relocated and started producing his music out of Honolulu, Hawaii.  The beautiful landscapes and abundant solar energy have seeped into the music.

This month The Jimi Newton Project has released its first official full-length album The Jimi Newton Project 1.0.  The 12 track record touches on all aspects of the groups diversity.  The opener “Living In The 808 State” shows that this is an EDM album with its straight ahead beat.  While “Love You Like I Do” and “Turbulence” show a much more vocal focused old school disco dance feel.  Some interesting funk beats are thrown in on “Funky Trap” to show this record has something for everyone.  The last 2 songs even push forward with a Jazz edge rounding out the whole experience.  Go get a sample for yourself at: http://www.cdbaby.com/Artist/TheJimiNewtonProject

Shoot The Wendy Bird - Music Video To Frighten Your Mind Previous
Sean O'Reilly - How To Make A Splash For Your Music With... Next