THE SURVIVAL CODE RETURN WITH THEIR NEW EP ‘CROSSES TO CARRY, COFFINS TO FILL’ 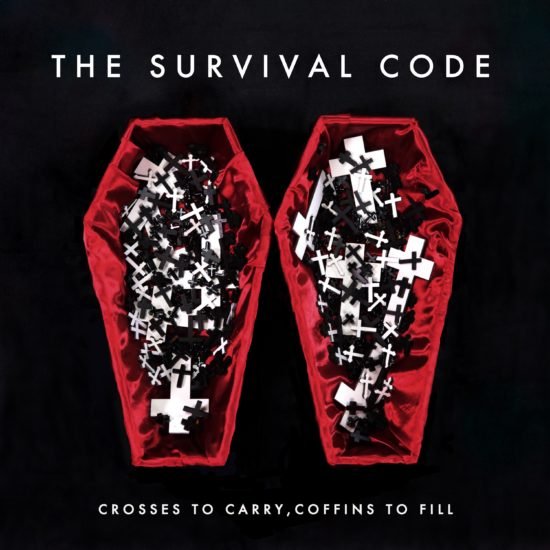 2018 saw The Survival Code release their best collection of songs called Hopelessness Of People. It showcased their relentless rock sound filled with killer riffs, soaring melodies and thunderous drums. However, they were eager to begin work on new material. So, Gary McGuinness (lead vocals/guitar) and Simon Hartop (drums/vocals) returned to the studio to create their new EP Crosses to Carry, Coffins to Fill.

McGuiness says “The new EP mixes all the catchiness and impact of our last album. It blends that with our energy-packed style which we always bring live, but hasn’t always translated into the recorded music. The energy and live performance is so much a part of the DNA of the band. Having that on the record captures exactly what TSC is all about. We couldn’t be more excited to get the tunes out there”.

Crosses to Carry, Coffins to Fill starts with “The Innocent” and “Something Beautiful”. Both tracks showcase Hartop’s unyielding drums and McGuinness skills on the guitar. It’s clear to hear how they have recorded a sound that reflects their live shows. There are no additional layers or overproduction. It is rock music in its natural form!

Next up is “So Serious” which is the crown jewel of this release. The thunderous intro sees the guys deliver yet another captivating display. It is soon joined by McGuinness’ vocals with the opening lines “Hello, still me, it’s never been easy / Been here, so long, starting to be creepy / Master of predicting the past”.

There is something about this track which is more accessible compared to others from the EP. Maybe it is due to its radio-friendly feel. It could be it infectious hook “Right, or wrong, you’re just half the man I used to know / Time, to de-stress, no need to be so serious, why – so – ser – i – ous”. Whatever it may be, this song should be heard and turned up loud.

“Cycles” offers more of the energetic sound that you come to expect from The Survival Code. That is followed by “Magnetic” which brings something a little different to wrap up the EP. The duo turns down the energy a little to let McGuinness show off his vocal talents. He uses this opportunity to display his range and how his voice can pack a punch. Nothing shows this off more than the closing lines “Can’t resist the draw / I’m a pawn, pulls me in and never lets me go / What will be will be / It’s magnetic it is frightening”.

The Survival Code new EP ‘Crosses to Carry, Coffins to Fill’ is a no-nonsense rock release in its purest form

Crosses to Carry, Coffins to Fill carries on where Hopelessness Of People left off. There may be no surprises, but this is yet another impressive display by The Survival Code. These guys have recorded these songs to showcase how good they sound live. If you like the EP, then check out their shows to hear them at their best. 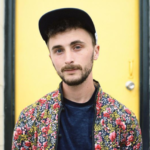 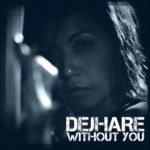