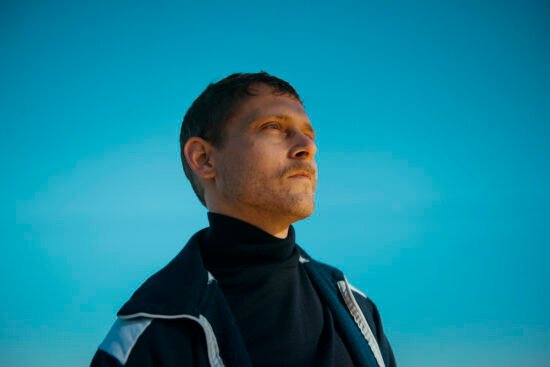 It’s been a long wait for fans of Tim McNary. His music captured people’s attention with his genuine songwriting, as he writes with his heart on his sleeve, something which is felt throughout his outstanding albums While We Are Waking and Above the Trees. Well, the wait is over as he returns with a new collection of songs called Loose Leaf. A release he describes as “depicting the human longing for connection in all its forms.” He continues by saying, “When people listen to this album, I hope they feel less alone and more connected to the human experience.”

Loose Leaf opens up with the beautiful track “My Worries.” As soon as you press play, the soft music has a warmth that draws in the listener. It does not take long before McNary’s captivating vocals appear. He does so with the lines, “I don’t know where the time goes / From the morning on to the after-hours / I don’t know how love grows / I don’t know why we abstain.”

From this point until its end, his voice flows effortlessly in a mesmerizing manner. Along with the various layers of music, it creates some exceptional moments throughout the track. Of them all, it is the delivery of “But holding me I’m holding you / In the middle of the night / Into the afternoon” which stands out the most. It is the perfect way to open up the album and showcase his musical talents.

Listen to “My Worries” below

McNary’s acoustic guitar creates a delicate introduction for “Through The Morning.” As much as his voice is enchanting, the arrangement steals the spotlight during this song. “So Soon” offers another great vocal display that excels with its hook “Sweet light sound, Pure dark night / Glow lights mingling in the trees / Nodding heads to a backing beat / It’s all as lovely as it feels.”

“When I Get Back” and “Back to the Beginning” deliver more of McNary’s sublime storytelling qualities that are beautiful on the ears. Something that excels even more with the arrival of “Ohio.” He sets the scene with the opening lines, “So unsheathed the sun, so cluttered my heart / So heavy the air, on the 4th of July / So hard to know, the right time to leave / So hard to know, if I was meant to be free.” His words paint various scenes that provoke imagery. Especially with lines such as, “Out of the water away from the moonlight / Willing my legs up those steps.” It is a talent that holds the listener’s attention until its end.

“Day at the Falls” offers another stunning moment from the album. It brings together all that makes the music by Tim McNary stand out so much. Beginning with his delicate vocals, which are used to show off his way with words. It starts with the sublime delivery of the lines “Do you take whiskey or wine? / Or each of them in their due time / Is it the burning at first / Makes you crave the sweetness?” It all flows without urgency, giving his lyrics more of an impact.

Again, the musical arrangement enhances the emotional tone. The guitar is mesmerizing, and the use of keys and strings adds so much to its beautiful soundtrack. It dances around McNary throughout the song. It perfectly combines on the closing lines “Too Drunk, Too drunk on that sweetness / on that sweetness, on that sweetness.”

Bringing Loose Leaf to a close comes the stunning “Through the Glass.” A hypnotic guitar sets the mood for the opening lines “Watching everyone walk by me / Noses to the glass / No one takes the time to say hello.” Straight away, his way with words begins to shine. A song with a sad undertone as reflected with the lines “Sometimes I wonder what it would be like, to live inside their heads / Sometimes I wonder what it would be like / If they treated me like one of them.”

Yet again, Tim McNary captivates with his storytelling qualities with his new album Loose Leaf

Tim McNary is a great songwriter, but there is something about how he delivers his words. He puts so much soul within each performance. Not only to enhance the mood, but it shows the passion he has for his craft. One of these moments appears at the end of the song with the string instruments sounding hauntingly beautiful. He repeats the lines “I think I’ve lost my way, I think I’ve lost my way” to stunning effect. And, as it ends, it completes another unmissable release. Just press play, and let his music weave its magic. 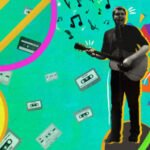