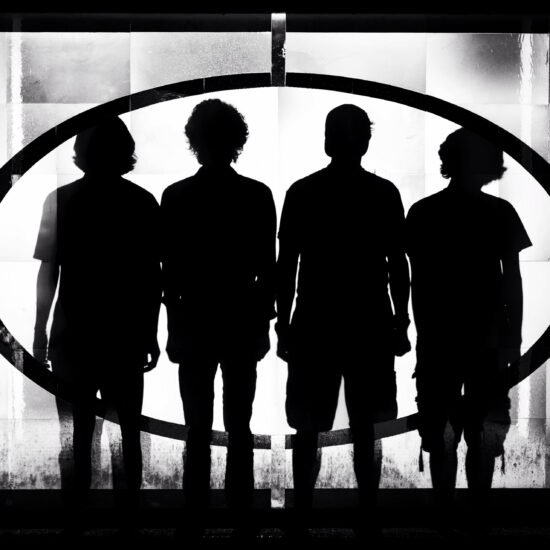 After what has been a wild ride on this planet for the past couple years, we try to connect with some of our favorite artists. We chatted with the eclectic TOWER CRANE TOWERS back in January of 2020, before the world went into a full on metamorphosis.

We caught up with the Netherlands based alt-rock band for another chat to see where they are today. (*good news, they have a new album out!)

Welcome back TOWER CRANE TOWERS, it has been quite a wild couple years since we last spoke. How have you made it through the worldwide pandemic?

-it seems that this pandemic makes people more of what they already are. People who are naturally fearful become more so. People who are more rebellious find an avenue to take that rebellion a step further. We are naturally creative people, so I think we used it as a propellant to push further into that.

How did you go about creating new music together?

-Images, fragrances, sound, feeling – they all create a reaction. Whether it’s a smell inspiring a lyric, a feeling creating a guitar riff, or an image that puts a tune in your head… we gather these elements and try to create something whole. For the new record it was more of a collective effort, and we all had a definitive hand adding to the musical body; a drum as heartbeat, a rush of blood manifesting as a guitar chord, and a voice to navigate it all through the night.

There is so much more than just music that you create. Tell us about the digital interactive elements. (and the ARTIVIVE app)

-on the first record we tried to create a sensory completeness with sound, fragrance, images, and tactile elements within the whole project. This record is similar, in that we have included the tactile elements, the sound and image – but to take things a step further, we added the ARTIVIVE app to animate the images, and thus more fully tell the story of the record. Certainly you can appreciate the LP without utilizing the app, but things will make more sense when you animate the pictures; (the color of the vinyl, the inclusion of the matchbook on the cover, etc.)

What can you share about the music on the new album Cloudy Skies, Clear Intentions?

-We’ve incorporated some different musical elements into this release. There are some acoustic parts, some hardcore moshy bits, and of course the same melodic, driving 90’s punk sound. It’s basically a reflection of what each member of the band is into and wanted to contribute. Overall, it drives the record forward much more, and the different style elements really compliment one another.

What is it about the vinyl format that Tower Crane Towers loves so much?

-there’s just so much you can do with vinyl. In this case, we’ve used it to be a part of the story of the record. It’s a tangible manifestation of the lyrical and visual elements in the LP. Plus, it’s a tactile thing – It’s something you can hold, appreciate, and love beyond the music that’s in the grooves.

Tell us about the amazing packaging as well
-The cover is an illustration done by a local artist called Niatsigu. It’s based on a lyric in the title track. As we said, the other elements (like the matchbook) can be understood when utilizing the ARTIVIVE app. There is also a variant of the cover on the inner sleeve that was hand-silkscreened and numbered by our singer.

How do you hope to connect with listeners to this record?
The songs are never about any one thing. They are never any one person’s story. It’s really an attempt to dip one’s hand into the well of human consciousness and pull forth something we can all drink from. In the end, we hope that the combined sensory experience of the music, words, objects and image can connect people to themselves – through us.

What’s next for TOWER CRANE TOWERS?
-We’ve already begun writing material for the next record, and there are already a lot of ideas regarding the format to release it in. Maybe we will do a hand-cut lathed vinyl release with a very limited number of copies… but the main thing is that TCT will continue as an entity. We started this as a project, but it’s really taken on a life of its own through the connection with people all over the world. That cannot be understated. The support we received has been so visceral and enthusiastic. It made us realize that perhaps what we were doing resonated, and provided some beauty in these strange dark times… 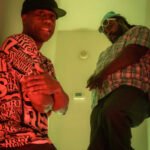 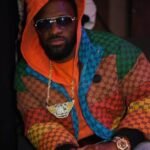 How To Get The Best Quality Sound When Listening To Vinyl