‘You Said Something’ To Alberta & The Dead Eyes 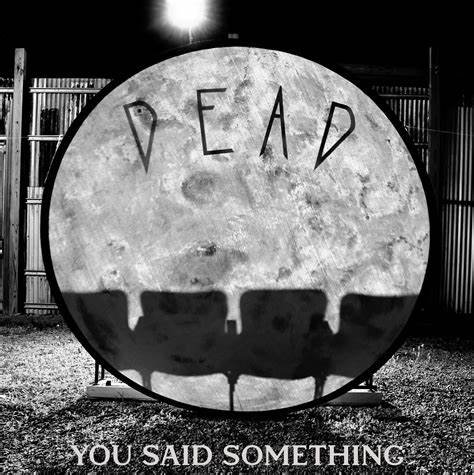 Alberta & the Dead Eyes’ new album You Said Something breaks new ground for songwriter Dave Boone’s brainchild. It is much more of a band affair than the Dead Eyes’ past material. Boone recently drafted lap steel player and percussionist Ashlan Ounanian into the fold and broadening the band’s instrumental palette explores colors hitherto unknown for his songs before now. The core three piece responsible for establishing the band’s reputation remains. Multi-instrumentalist Boone’s vocals are ably supported by drummer Erik “Nuntheless” Washington and bassist Bhuti Bhuti. The chemistry born from their past gigs and recording sessions together is evident throughout You Said Something.

I was taken aback by the opener “Whistle Me This”. It will make some listeners wonder if they are playing the wrong song by accident as a blast of full-on punk rock explodes from your speakers. It’s a playful bit of sleight of hand, however. The band soon takes the opener in a completely different direction. They build the track around a simple yet effective backbeat framed large for listeners – the song’s inherent musicality saves it from ever pounding listeners into submission.

Listen to You Said Something below

Erik Washington has an enormous impact on this release. His drumming during the second track “See Saw” leads the way for the Dead Eyes pulling everything in its wake. He achieves an effortless swing that ratchets up the pace at the right times. Alberta and the Dead Eyes have a gift for crafting memorable choruses that serves these songs well; “See Saw” is one of my personal favorites. “Muck” breaks with the album’s musical direction thus far. The song’s acoustic guitar gives it a folk song air without ever leaning too heavily on the style’s tropes. Boone tailors his vocal accordingly and delivers one of his best performances on the release.

“Lil Bird” is an unquestionable pinnacle. I love the unity of music, vocal, and lyric with this song. It’s a current indication of the lineup’s potential – we shouldn’t preclude the possibilities for further growth, but “Lil Bird” casts a mesmerizing spell. It’s difficult to believe these musicians are still relatively new to each other and tantalizing to imagine what they are capable of. The 3am in a dark alley ambiance of “Blush” is unlike anything else you will hear in modern music.

Watch the video for “Lil’ Bird” below

It isn’t idle bragging. The finger snapping, guttural bass, and Boone’s woozy vocal are important elements, but the underlying foundation of the song is its melodic merit. It is embodied in Boone’s singing and Washington’s spot-on but minimalist percussion. “Gettyup” is another of the album’s intriguing tunes. I enjoy hearing how the band seamlessly manipulates its tempos without ever compromising the overall listening experience. “Nice” opens with off-kilter yet atmospheric guitar lines before finding its footing with a brisk jog. They temper Washington’s drums in the mix for this song compared to earlier cuts where he’s placed near the forefront. It’s an effective contrast. Alberta & the Dead Eyes’ You Said Something is far from your typical fare. Music like this should be heard and, more importantly, celebrated. 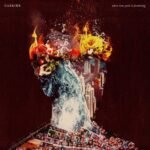 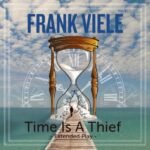