Absoloot – Rap With A Positive Message To Change The World

One of the most powerful things on earth is a musician with a message.  Yes we all love music with no meaning just to bop our head to sometimes, but when an artist shares his true feelings about a subject in song there is a passion there that can not be falsified.  The artist we found today plans to educate the world with his music.  Welcome to Absoloot’s world. 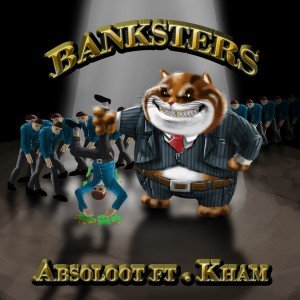 He is an independent rapper that has made quite a name for himself by getting involved and working to improve his community.  The Fort Lauderdale, Florida native has devised his own style of hip hop based on positivity without the profanity and gangster speak that has become prevalent in the crowded rap scene.  , Absoloot uses intelligent lyrical content and live instruments to amaze listeners and offer them a deeper message through song.  Everyday life and the injustices that he sees are his inspiration to do his part to make a better society.  He was involved in the Occupy Wall Street movement penning the song ‘99%’ which was named the theme song of the movement by Huffington Post.  He is now involved with the Men2Boys organization (http://www.men2boysmentoring.com/) to help influence kids to make positive decisions.

Last week Absoloot released his highly anticipated follow up to ‘99%’ this is entitled ‘Banksters’ featuring Khan.  The track fits right along with his theme to wake up America and the world to the blanket that has been pulled over our eyes by the government and media.  The truthfulness in his lyrics is abundantly obvious and the listener is invited to become a part of the tribe.  The laid back piano and drum beat allow you to focus on the imperative lyrics.  Flows such as “never thought about a white picket fence when the rent’s due, I got some issues, seems like I might blow another fuse, about to lose my cool” make the listener stand up and pay attention.

This is music that has to be more than just listened to, it has to be experienced and followed.  Go enter the world of Absoloot and make a difference at: