People come out of every corner of society to become musicians.  One of the most important things in becoming a good songwriter is having experiences from all aspects of life to serve as inspiration.  Our latest discovery Richard MacDonald comes from quite an interesting background.

Prior to moving toward the songwriting craft later in his life, Richard was heavily involved in the boxing business.  After years of training, he ended up opening his own boxing club to share with others his love for the craft.  He claims what drew him to boxing was to help take fear out of people’s lives.  There is a similar draw to music.  The ability to lose yourself in writing a song makes all of the negativity simply disappear.  Richard MacDonald has worked with some of the best musicians in Canada and is now ready for his next adventure.

He has now hooked up with the band Somebody’s Kids to release an album to the world.  The record titled Shake A Leg is a 10 song collection of fun bluesy rock.  It is obvious from the first, and title track, ‘Shake A Leg’ that this group plays music to have a good time.  ‘Fifteen Minutes’ is an enjoyable track featuring a back and forth bass line with a great vocal performance that gave me a flash of Chris Isaak.  This is a song I could listen to on repeat and not get bored for hours.  The passion of writing a song comes out on ‘You’re All Goin’ To Hell’.  There is real meaning behind the lyrics as Richard sings about the bad people of the world and his disdain for them.  Somehow even through this hate, the song remains fun and enjoyable to listen to.

Overall Shake A Leg is a very enjoyable listen that shows what happens when a group of guys get together to have fun and play music.

You can take a listen for yourself at:

Camplified - Phenomenal Summer Touring Opportunity For... Previous
Absoloot - Rap With A Positive Message To Change The... Next 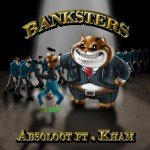