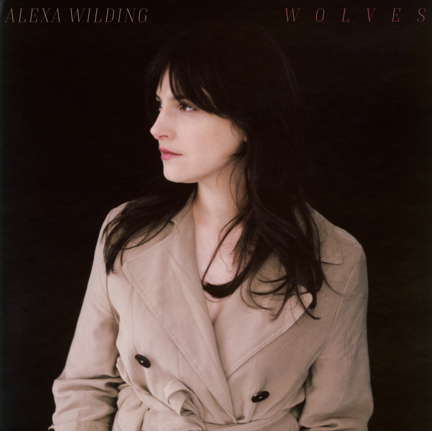 Coming from someone who considers herself a somewhat hip chick, Alexa Wilding is far cooler than me. Called “one of music’s hippest chicks” by The New York Post (alongside Florence Welch, mind you) and “the neo-Stevie Nicks” by The New York Times, the critically acclaimed folk singer-songwriter has just released her third album, Wolves.

Despite being a native New Yorker, Wilding’s six-track EP evokes the earthy imagery of a camera panning over the Pacific Northwest. Trembling electric guitars coupled with her breathy vocals create the perfect textural balance for her signature celestial folk sound.

The album’s first single, “Eden,” hypnotizes the listener from the very first bar. Ethereal guitar twangs contrast an unwavering drumbeat, and a strings section begins oscillating in the second chorus as she sings of gardens, rivers, sassafras, and the sun.

The guitar solo of “Road Song” is probably the most “plugged in” that Wilding gets during the folk-heavy EP. The grungy riffs and her vocal chants throughout the chorus give the track a dusty, Americana feel — so much so that if you told me this song was a lesser-known Tom Petty cover, I’d probably believe you.

The fourth and fifth tracks, “Stars,” and “Black,” we a bit slow for my taste, although they were still beautiful triumphs of songwriting. These stripped down ballads had simpler arrangements and a much rawer feel than the other tracks.

The closing track, “Durga” returns to the distorted guitar sounds and folk rock vibe of the first three songs. Her ethereal vocals invoke a dreamlike quality as the guitar steadily builds for five and a half minutes and fades out.

Wilding wrote Wolves on a toy piano in a children’s hospital where one of her infant twin sons had been completing cancer treatment. To escape reality, she says, “I turned to the only thing I knew how to do. I wrote at night… revisiting people and places I missed, reliving moments, life on the road, relationships, all pre-motherhood. The songs kept us company, I made peace with the past, and we both made it out alive.”

Alexa Wilding will be playing an August 10 show at Ludlow House in her native New York City. You can learn more about her here or listen to her new EP, Wolves, on Spotify and BandCamp. 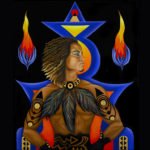 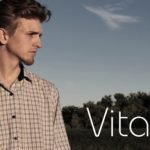