Music can be as simple as a man and his guitar playing in his bedroom or as large as a full symphony band performing in a grand ballroom.  Something that really captures our attention is a rock band that puts forth a full arena filling sound,  Our most recent find Artist Proof does just that.

The band from Melbourne, Australia brings a grand anthemic style to their rock sound calling on influences from such legends as Queen, Pink Floyd, and Muse.  Artist Proof is comprised of the writing duo of Chris Pattenden and Drew Schapper, along with the guitar of Dan East, and bass of Chris Rourke.  Together they combine to create music full of emotion and imagination stirring orchestral size.  The music sounds huge and ready to take on a stadium.

Artist Proof recently released the single “Transformed”.  It is an ode to another art form that the band appreciates in Ricky Swallow’s sculpting, in particular his piece “Killing Time”.  The epicness of the track is heard immediately with the deep haunting sounds building to an awaiting crescendo.  The vocals fit perfectly and beckon the listener into the world of the song.  The band also released a powerful music video for the song.  Enjoy it below:

Keep up with Artist Proof and their upcoming rise to fame at: 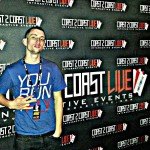 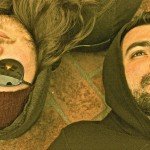