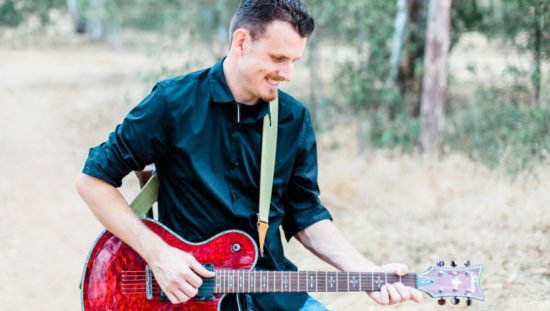 Hello again, dear readers! I’m back with another artist feature, this time for the month of March, 2020. It’s my pleasure to shine a light on composer and guitarist Luke Simpson. And trust me when I tell you, the force is strong with this particular Luke.

Luke released his debut EP in 2017. Entitled “Subterranean Ether”, the 4 tracks encompass a variety of musical styles that’s as diverse as his musical influences. More on that later. Anyway, if you dig symphonic rock (like me) then you’ll want to check this out for sure.

Luke’s musical journey began at an early age with piano lessons. When he was in the 7th grade (usually around age 12 here in the U.S.) he switched to guitar and that became his thing, big time. “Obsessed” was the word he used to describe the experience, actually. Luke is also an accomplished cellist, having performed at the collegiate level on the instrument. Although his talents also include being able to play bass and drums in addition to the above, his priority is on the composition side of the musical coin. That was his college major, in fact.

Even with all that formal training, however, Luke did not pursue music right out of college, choosing a career as a software engineer instead, in which he’s still involved. He says he has really only been playing the professional music game for about 2 years, and would ultimately like to transition out of software engineering and be able to do music full time.

He’s currently working on a new album project called Null Terminator. As he explains, “It’s made up almost entirely of synthesized sounds, but it has much more in common with heavy progressive rock and classical music than any kind of electronica. If you can imagine intense prog rock or prog metal and put that in the context of a classical symphonic structure and then replace all the instruments with synthesizers, you’ll be getting pretty close to an idea of what the project is.”

Well, after listening to his first album, he’s got my attention, that’s for sure!

Luke makes his home in the San Diego, California area, along with his wife and two sons. He’s actually lived most of his life there; the only exceptions being the 4 years he spent away at college (University of Redlands) and 2 years living in the Coachella valley.

But rewind back to his college years. He credits Dr. Angie Jelliffe, his university composition professor, has having the most profound impact on him: “The biggest thing Angie did for me was give me the freedom to compose music that sits outside the traditional scope of what’s expected in academia. To be more specific, I was afforded the freedom to write progressive metal for official composition projects that I then shared with the class. It was nice being able to absorb musical ideas and techniques from academia and integrate them into music that straddled the line between “academic” music and “popular” music.”

“It was nice being able to absorb musical ideas and techniques from academia and integrate them into music that straddled the line between “academic” music and “popular” music.”

(I wonder how well something like that would’ve been received at my alma mater, the University of Illinois. Probably not real well, actually.)

This “compositional freedom” Luke mentions came in handy during one particular moment he shared with me: “When I was in college I wrote an art piece for two electric guitars to be played by one person. I actually think it was kind of an interesting piece and I was really excited to perform one part of it in particular where I played a rhythm part with one hand and a melody with the other on the second guitar. Unfortunately, a mix-up between an old version of the score and an updated one produced an “incident.” The two guitars were not tuned correctly, and so the part sounded horrible. Well, I was a terrible performer in those days and so rather than just go with it and act as though everything was normal, I dramatically announced to the audience that the guitars were tuned wrong and I proceeded to retune them while everyone waited. And then I started again halfway through the piece and never got to play the part I was excited about. Skipped it completely. Well, luckily I’d developed a reputation for writing weird music for the sake of weirdness, and so everyone actually assumed that retuning the guitars was part of the piece and I was just being artsy. Little did they know how badly my recital had been screwed up.”

Anyway, he counts King Crimson and Meat Puppets as his biggest musical influences, but his longer list includes opposite ends of the spectrum: from prog stalwarts Emerson, Lake and Palmer to classical giants such as Bach and Beethoven, among others.

Before embarking on his solo career, Luke played bass in a band called Deviltusk. Interestingly, all the venues they played at were breweries. In fact, he claims stout beer as his favorite beverage, with Belgian ale coming in second. As he puts it, “I gravitate toward dark beverages, and generally speaking when I go out for drinks, I order whatever has the most interesting flavors. So if I see a milk stout with hints of coconut or raspberry or something like that, that’s right up my alley. I’ll drink the chocolate stouts, but I actually prefer the more exotic ones instead of just plain ol’ ordinary ol’ chocolate.”

But the point here is, of course, he likes beer. Right? In fact, he says the coolest thing about where he lives is the multitude of craft breweries. Who knew?!

In addition to his penchant for dark beer, Luke also enjoys a good chicken parmesan. His hobbies include art, philosophy and ethics, public speaking and leadership, and cheering on the San Diego Padres baseball team.

He also has a rather unique life highlight outside of music. I’ll let him describe it: “It was a decade and a half ago (once again, I was in college) when Strong Bad (from homestarrunner.com) answered my email. For anyone who doesn’t know, at Homestar Runner a couple of brothers calling themselves the Brothers Chaps would make web cartoons, and their character Strong Bad would answer emails from viewers once a week. I think the one where he answered my email is called “Retirement.” Actually, here’s the YouTube link:

It’s the email that starts at about four minutes into that video. I was a huge fan of Strong Bad back in those days and to get that email answered I actually sent him the same email five times a day for like two months. Finally he answered and suddenly I had a lot of free time. My grades improved after that.”

Luke shared with me one takeaway he really wants you guys to get: “Network like crazy. My life as a musician has always been stagnant because I lived in an ivory tower. I just wrote music and then didn’t do anything else. It’s a bad way to do things, and I’m just now getting myself moving on that front. So my advice is that: Whatever social anxieties you have that are preventing you from networking, find a way to overcome those! Networking is going to be absolutely crucial. This might seem obvious, but for me it really wasn’t, and there may be some people out there who are in the same boat I was in, crippled by an inability to put myself out there and attempt to form professional working connections.”

Sounds like smart business sense no matter what profession you’re in.

The last thing Luke told me was this: “Been pretty slow the last couple of years, but things are about to get exciting. Things are going to speed up a lot and there’s going to be a lot of music very soon. Get ready.”

Here’s where you can connect with Luke: 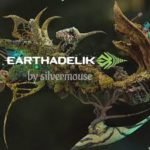 Silvermouse Brings The Craziness To 'Earthadelik' Previous
Ayla Brook and The Sound Men: THE ART OF SHOWING UP Next 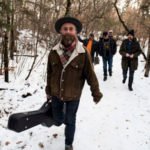 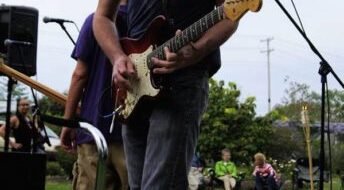