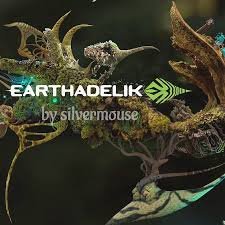 Though it is almost entirely synthetic in nature and design, there’s nothing inorganic about the chills that the harmony in “Little Ratty,” one of the ten songs found on Silvermouse’s Earthadelik LP, induces whenever listeners decide to give it a spin. In this track, as well as in the guitar-laden “Dream Valley,” surreal “Spores in My Dermis” and “Beef in D Minor,” Silvermouse utilize anything and everything they’ve got access to inside the studio as part of their quest to explore the sonic universe like few others ever could, and while theirs is a highly ambitious goal, they make it look all too simple here.

Earthadelik is almost an hour and a half long, easily making it one of the most epic electronica albums you’re going to listen to this spring, but although it’s quite the involved listen to say the least, it isn’t difficult to get lost in its tracklist (and, subsequently, lose track of time altogether). I wouldn’t be surprised if songs like “Venus Feels Like That,” “Freaks and Lovers” and “Hot Button Wild Boom” were originally conceived for the purposes of meditation, not because of they lack rigidity, but because they are so rigid in texture that it’s hard not to become hypnotized by their trance-like structuring.

There’s a lot of physicality to the beats in “Hot Button Wild Boom” and “Existence Experience,” but I wouldn’t say that their ferocious grooves overshadow the more simplistic sonic narratives behind “New Moon,” “Freaks and Lovers” or “Down” at all. If anything, the balance between the guttural intensity and soft melodicism in this record is exactly what sets Silvermouse’s performance here apart from every other studio work I’ve heard in the last couple of months. They’re not biting off more than they can chew, but had one of their less-talented rivals tried this same formula, I don’t know if it would have played out as well.

I would have started the LP off with “Dream Valley” before segueing into “New Moon” and “Existence Experience,” but aside from that, I’d keep most everything about the arrangement of this tracklist exactly as it is. Earthadelik blossoms like a flower in slow motion, and even if it takes a couple of dedicated listens to fully-appreciate the indulgences it melds together so beautifully, I think that every serious indie electronica fan should take a close look at what Silvermouse have just dished out for us in their latest release.

Silvermouse have been in this game for over a decade now, and in Earthadelik, they’re not giving us any sort of indications that they’re planning on slowing down their creative traction anytime soon. In all ten of its tenacious songs, Earthadelik is a provocative force of nature, unstoppable by mere humans and more than capable of destroying almost anything that comes in its path, but for as high a bar as it sets for the Puerto Rican twosome who gave it life in the first place, I doubt we’ve seen or heard the last of this duo’s best material on tape. 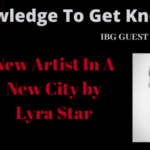 Taking A Leap of Faith: An Artist’s Journey Moving... Previous
Artist To Watch in 2020, March Edition: Luke Simpson Next 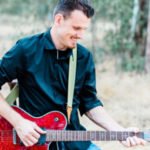