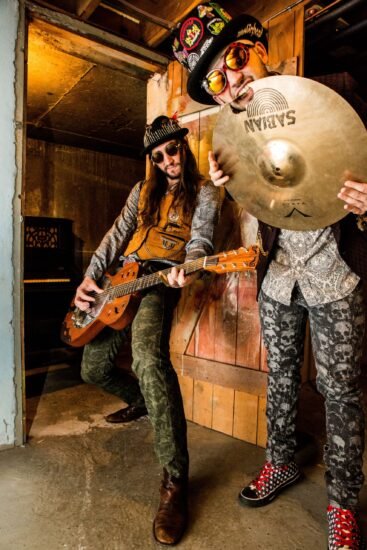 With the lack of live concerts for music fans to enjoy, there has been a loss of that unadulterated energy that the live experience provides. That raw power that exudes from a stage has become a distant memory for many of us. Fortunately, there is some recorded music that can provide some of that feeling. We seem to have found a great example in the new record Here Comes The End Of The World by the Balkun Brothers.

The brother duo from Connecticut has been bringing their heavy-hitting, new-age brand of psychedelic rock n’ roll to the scene for the past decade. Comprised of older brother Steve on guitar, vocals, and thumb-bone bass, alongside younger brother Nick ‘The Hammer’ on drums and vocals, the Balkun Brothers create a sound that is tough to believe comes from only 2 band members. Steve’s self-built, custom baritone and resonator guitars are on full throttle from the first note he plays each night on stage through BOTH his guitar and bass amps simultaneously, while Nick’s thunderous drum beats meet his brother at center stage for one colossal monster truck of a band.

On their mission to spread rock n’ roll across the universe, the Balkun Brothers have toured extensively throughout the United States. They have also completed six European tours since 2015, performing in Germany, Belgium, Luxembourg, the Netherlands, and France. A U.S. tour in early 2020 was followed by intense studio sessions with legendary producer Steve Albini to channel grunge, punk and hard rock on their brand new aptly titled album, ‘Here Comes The End Of The World’. The 7 track album comes as hard as you would expect. A fast paced adrenaline covered rampage.

The opening title track starts off with sirens letting all in earshot know that the Balkun Brothers have escaped from the asylum and are ready to rock. The speedy blues influenced guitar pushes the envelope as the drums pound along moving the blood in your veins a tad bit faster. The energy continues on “Traumatized” but there is also an emotional plea that can be felt in the lyrics. There is more to the brothers than just speed and power.

A Thrash-Metal sound comes to the front on “Death (By) Bear”. The attack comes full force right at the listener with a little psychedelia thrown in to really warp your mind. Other genres from all over the rock spectrum are added in with “Caesar On The Steps” and “Gravspresso”.

To add one more twist the Balkun Brothers close the album with “Tommy Gun Shuffle” which is indeed a rock n’ roll shuffle. The bouncy beat grinds along forcing your head to bop along uncontrollably. The instrumental piece lets both brothers show off their expertise with their instruments. Rock is alive and well and I will be waiting patiently to grab a ticket when concert halls open again.

Keep up with the happenings of the Balkun Brothers HERE. 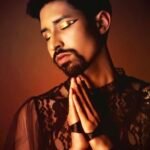 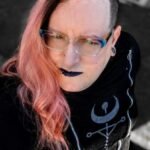