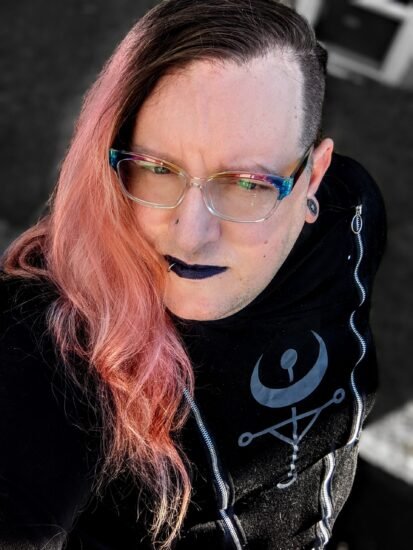 We hear many stories of how music has influenced people and changed their lives. Our recent find Ember Mikayla has a great story to share about that.

We caught up with the folk punk singer/songwriter to get a little deeper behind the musical growth and effect. Enjoy the interview:

First off, what originally drew you to creating music?

Music has always been a big part of my life. I’ve been singing as long as I can remember. I grew up in an abusive home and music became my out. It help me cope with all the bad stuff going on in my life. In the 5th grade I picked up a guitar and it just felt right. I started writing my own stuff and it helped me get through and I hoped it could help others too.

How did the name Ember Mikayla come to be?

It is my legal first and middle name. Now the name itself came to be when I changed my name after I officially came out which didn’t happen until I was 29 and moved away from my family down south and came to Massachusetts. I’ve always liked the name Mikayla ever since I was little and always said that would be my name one day. My partner came up with the name Ember because of my love for fire and I fell in love with it.

I would say punk rock/folk punk with some southern rock sound mixed in.

My favorite band of all time is Against Me! Laura Jane Grace has been the biggest influence on me and my music. Also Linkin Park has been a big influence on how I write. Chester Bennington got me through a lot of tough years growing up. Other than them I listened to a lot of punk and metal. My parents listen to country and southern rock which has also influenced my sound some.

As a trans artist, do you find freedom in the music you make?

Definitely! Even before I could safely come out I could write about it. I found it freeing to write about how I felt. It was the only way to talk about being trans when I was growing up. If I couldn’t live it I could at least get some of it out that way. Now that I am out it is still very freeing. It is how I tell my story. It’s how I share my experience with the world in hopes it can help someone the way music helped me.

How does a song come together for Ember Mikayla? What is your songwriting process?

It’s hard for me to write without a melody. I usually come up with a melody in my head first even if it’s not what I use on the final product. Then I write my experiences in life and how I feel. Sometimes I write while writing the guitar to it also but usually I write the song and after I pick up my old beat up acoustic and write the music to it. After I am happy with that I go to my home studio and I come up with the drums. After that I lay the guitar part down and then the bass. At this point I listen to it and decide if I want a lead guitar part and if so I play over the track til I have something I like and then I record it. Lastly I record the vocals and mix everything.

Share some advice for others turning to music to get through difficult times in their own lives?

Just find something that speaks to you. No matter how you feel there is some music out there about it. There is something that will resonate with how you feel in that moment. I immersed myself in it to keep from completely losing my mind. You can sing along or scream with it and it just helps release what you have going on. I only hope that my music can help someone that way just as it has helped me.

Give us a look at the future for Ember Mikayla.

Hopefully still making music. It is my passion and always has been since I was little. I just want to be able to play music and be with my family. I want to help people through my music. If I can do this then I have done well. 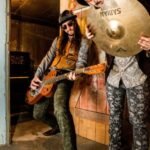 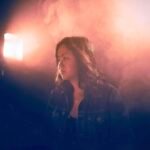