There is nothing easy about the music business and creating songs that people will love.  The most important thing is staying true to yourself and making music for you.  The fans may come and go but the ones that you truly want will stand by your progress and take full interest in what comes next.  We are reminded of this by our new friend Boonie Mayfield. 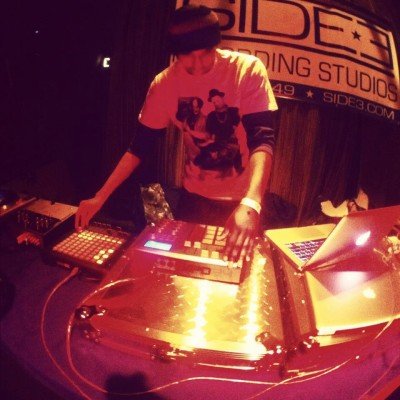 The creative Hip Hop/Soul artist and producer hails from Colorado but has been using the internet to spread his music throughout the world.  There have been many names he is known by including Solomon Vaughn, Boonie Mayfield, and Boon Doc.  Early in his career he built a large audience by performing live Hip Hop beats on his MPC 1000 and sharing said performances on Youtube before doing so became a thing.  As his love for crafting music grew Boonie Mayfield matured as an artist and became a multi-instrumentalist that no longer depended on sampled material to power his songs.  Maybe it was this or his sound drifting more into Soul that scared off some of the fairweather fans but this did not discourage him and he continued forward on his set path.

The most recent release in this development is Boonie Mayfield Presents: Solomon Vaughn.  The 17 track record explores the new unique character that Boonie Mayfield is with a wide array of sounds featuring influence from funk, blues, soul, jazz, psychedelic rock and pop.  The low key and laid back tone is set with “Wonder Years”.  The atmospheric background oozes by as Boonie spits a story of driving forward.  There is a strong message to the fairweather fans and artists on “Haterade”.  The powerful beat carries the song with some interesting sounds coming in and out of the mostly minimalistic track.  Boonie Mayfield brings in the help of Jordan Craft on “Audioplum”.  The deep and soulful song is meant for the underground lounge creating an aura of sultry grime.  There is even some comedy in his music with funky songs like “Titty Milk N’ Cookies”.  The album finishes off with “Closure (Forever I Go)” and it’s deep imagery mixed with more progressive sounds to wrap your head around.  This is music to think with.  When you are ready for it enter this world at: http://www.booniemayfield.com/ 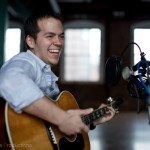 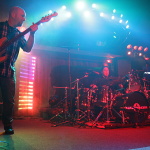