A Raven’s Sorrow is an interesting band out of Boston, that sings about whether life is worth living.  The trio, Jason Percival, Jeff Glazier, and Joseph Cox, expect to release their debut album Chrysalis this winter.

“It is a funny thing how all of our regrets, anxieties, fears, and discontent fill us with such a strong desire to escape life, but yet also make us feel alive,” says Percival. “Perhaps it is this struggle between wanting to make an end yet feeling obligated to endure that makes us human, and ultimately gives unyielding truth to the music we create. “

The band finally decided to move forward with the production of the final releases of “Chrysalis.”  And that led Jeff to thinking: “Why have I been holding off for so long on producing and recording the final versions?”

Here are his thoughts on the subject:

With respect to releasing albums, I think there are two kinds of artists out there.  First there are those who tend to release albums rapidly.  I see them everywhere around me.  Constantly buzzing with ideas, throwing whatever comes to mind to the wind, creating new music every few days.  They churn out albums as if they’re a dime a dozen.  Then there are artists who make every record a painstaking experience because they want to ensure it’s exactly right before releasing it to the world.  That they have dotted every “i” and crossed every “t,” and that they are saying exactly what they mean.  They are what we call perfectionists, and can take an eternity to make their next musical statement.

But I got to thinking, is that really why I’ve been holding off for so long?

Nearly all of my songs come from the demons of my past.  I basically live there.  It’s all that I know, and reliving all of that anger, guilt and fear is virtually all that I love.  I think it’s fair to say that collectively the two albums cover almost everything meaningful I’ve experienced.  Leaving nothing new to write about.  And now, sitting here in thought, I can only come to conclude that perhaps by holding onto them I am, in a sense, keeping myself there, in a safe, comforting place.  A sort of distraction or a shelter, if you would.  A way to avoid having to create new experiences.   A way to avoid moving on.  I believe that for some people, moving on may never be possible.

In the Indie Band Guru’s opinion, these are the two extremes that artists fall into, but they must find a way to enter the middle ground of turning out high quality music regularly without oversaturating the market with songs that are not of their best quality.  We are looking forward to seeing where Chrysalis falls in this spectrum when it comes out this winter.

A Raven’s Sorrow has a great facebook site that can be found at www.facebook.com/aravenssorrow 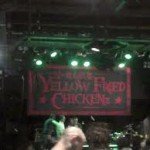 Make fans remember your band name. Stand out from the... Previous
Live Review - Neon Dynamite at The Knitting Factory Next 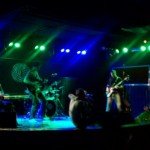