Cheryl B. Engelhardt releases The Passenger

It’s fitting that New Age composer and artist Cheryl B Engelhardt is releasing her latest album, The Passenger on Earth Day. The album magnificently connects the listener’s mind to not only their own vessel, but on a broader scale, revisits the idea that we’re all passing through this universe and this big marble, both connected to each other and the planet. Engelhardt’s nine instrumental works are void of pressure. These relaxing chapters in a collection that tells a linear story in many ways, also give the listener a free pass to navigate the road less traveled. Off the beaten path, or staying on track, the listener is hugged by these tranquil tracks. The Passenger is by far, one of the year’s best releases.

Feeling off or disconnected – then The Passenger is just the ticket you need to get reacquainted with your own mind and especially your soul. Or it could also embolden memories with lost loved ones. According to Engelhardt’s press materials, The Passenger was written from a figurative place of transition while also literally traveling by train. Engelhardt’s dearest friend and collaborator died of stage four cancer, and she decided to spend nine days in a train “roomette” processing these emotions through her healing and reflective instrumental songwriting. What I found to be most interesting about this precipice is that while we’re mourning, we tend to live in the past – wanting to go backwards. You are stuck. The idea of Engelhardt being in a moving train – always going forward and not sideways or backward – is really a credit to her healing process. You can feel that in these songs.

Listen To The Passenger Here

The audio journey begins with “The Beautiful Bridge”. It’s most likely a metaphor, but I can also envision this song literally being about a bridge. She’s crossing over. I remember learning to drive and being so intimidated by the size of a bridge – being fearful of the oncoming cars, the steep heights. You don’t feel any of that fear in this song. It’s an excellent, cool and smooth starting point. “The Light That’s Left” and “The Chariot (featuring Dallas String Quartet)” are the next songs. They are both riddled with delightful sonic melodies. What is also interesting about these tracks, as well as all the songs, are the ways the beats and notes are further apart. I never heard notes layered on top of each other – there seemed to be a separation. Perhaps she did this to make the listener feel calm and not too amplified. It gives ample opportunity to nestle into the songs – find your own way.

The middle patch of songs “The Misty Cosmos”, “The Two Feathers” (featuring flutist Sherry Finzer), “The Angels’ Lullaby” and “The Zephyr Remembers” (featuring the magnetic vocals of Sangeeta Kaur) are stunning. Finally, “The Message” (featuring GRAMMY – winning Danaë Xanthe Vlasse) and “The Ambient Love” are abundantly clear. These songs are so worthy of all the accolades coming their way. Engelhardt proves that a sad journey can also be a mindful and hopeful exploration. The Passenger is an exceptional, outer-worldly escape. 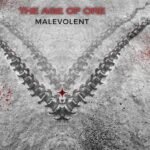 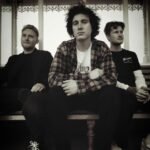 Cheryl B. Engelhardt releases The Passenger