Up and coming metal trio The Age of Ore is an outfit making waves with their heavy sound. Made up of young members, all in their teens, they show off a familiarity with modern metal as well as hard-rock roots. The band is releasing their album Malevolent on the heels of their solid recent singles.

Hailing from Philadelphia, the band has already established themselves as a heavy hitting trio. Made up of Jake Hoopes on guitar and vocals, Lucas Hoopes on drums, as well as Deven Marano on bass. The band has already been playing shows in their area, and building up their songwriting skills, releasing a debut EP in 2019.

The start of Malevolent rises to a high note on “Wings of Steel”. This track begins with a crushingly heavy riff on guitar while the drums kick in. The vocals on this track are impressive and fitting for the heavy tone and soaring over the chorus. The song “Drag You Under” follows, starting off slower and setting the pace with low chugging riffs. In the middle of the album sits “The Call” which distinguishes itself with the presence of acoustic guitar.

The track “Oblivion” has a powerful and catchy guitar riff that is based around. There is some ambiance around the edges of this track that fill in the sound. The band shows off some effects that keep the song interesting and engaging while lending a hand to creating the haunting atmosphere they are going for in this song.

If you are interested in The Age of Ore you should definitely check out their single “Forsaker”. A music video accompanies this song which also ends of this album. This song is written about the riots and conflict that occurred in the summer of 2020. A chugging rhythm guitar drives this song along, reaching a half time section in the middle and a guitar solo reminiscent of 90s hard rock nostalgia.

If you enjoyed Malevolent be sure to check out some of The Age of Ore’s previous work. As an up-and-coming band made of young members, they are continuing to grow and make music. Make sure to keep up with the band to see what they are doing in the future.

Keep Up With The Age Of Ore 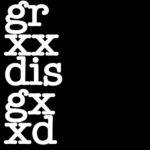 grxxdisgxxd Is No Longer 'Loveless' Previous
Cheryl B. Engelhardt releases The Passenger Next 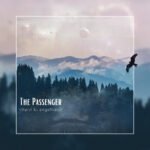 IBG Interview – 8 Questions With… The Fae