With St. Patrick’s Day here again it is time to take a look at the often overlooked style of traditional Irish music.  There is a true talent needed to learn a genre that features a full slate of different instruments and is not heard by the mainstream except around the Irish holiday season.  Once drawn in though, the love affair is grows strong as with our friend Corey Purcell. 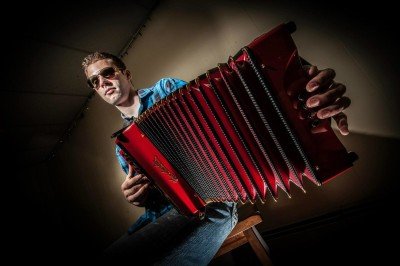 Having been introduced to Irish culture at a very young age, Corey Purcell quickly grew to love the Irish music and dance which surrounded him even in his Pennsylvania locale.  He dove into the dance side and his dedication soon led him to the competitive stage both nationally and eventually worldly.  As Corey progressed, he started to feel limited by the strict form requirements of the judges and expanded to his own stage productions.  Along the way his musical talents developed as well.  He started with the Irish style button accordion and began studying under 7 time All Ireland Champion John Whelan. Corey Purcell feels he truly found his calling and expanded into learning other instruments including cittern, guitar, bodhran, and even voice.

This all has led to the upcoming release of Corey Purcell’s album Flying Solo.  We were able to get a preview listen to some of the songs and can honestly say we are ready for the parade tomorrow.  The first track “Jig Set” is just as expected a great take on a traditional irish jig.  It is hard to keep your toes from tapping almost immediately.  On “The Maid Of Culmore” Corey features his well versed voice alongside a mix of irish and traditional rock sounds.  There is a more mellow feel to “Bee’s Wing” that builds to pretty crescendos to keep the listener guessing where he will go next.  To conclude the fun ride we got to hear “The Parting Glass” which soothes the soul in a way to let you just sink into your chair reminiscing as in the end of an enjoyable night.  Get yourself in the mood and stick around for a while at: http://coreypurcellmusic.com/ 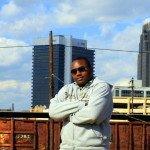 HidNTrackz - Personal Experience Leads To Top Notch Hip... Previous
Kally O'Mally - A Testament To Having A Musical Passion... Next 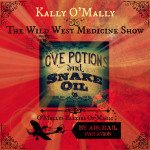