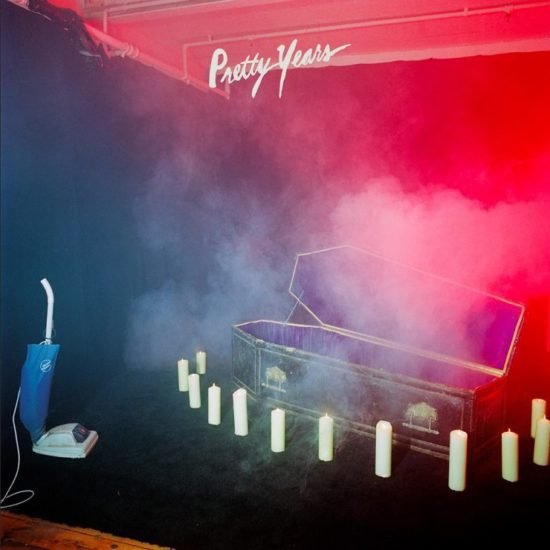 “What an odd band name,” you might be thinking. The Staten Island-born rock quartet took its moniker from a Lou Reed quote describing the sounds of The Velvet Underground. While the band itself sounds different from Reed’s experimental group, Cymbals Eat Guitars looks to artists like him, Bowie, Springsteen, and Young for inspiration on music that’s weird and dark.

Last week, they put out their fourth studio album, Pretty Years, a disarming and emotional storm cloud of life and living in the moment.

Despite the band name, most songs actually sounded like the guitars were the ones doing the eating, showing off perfectly plucked riffs and heavily distorted chords to drive the tracks. I loved the reverb and heavy hook that carried through the epic opening number, “Finally.”

The song’s intro riff instantly transports us to the late ’90s/early ’00s emo and alt rock days — influences that make sense once you learn the band toured with Say Anything, Brand New, and Modern Baseball before sitting down to record the new album.

Lead singer Joseph D’Agostino’s voice is chameleon-like, toeing a boundary between a raw Chris Carrabba and a whiny Robert Smith. He plays around with his delivery and register throughout the album, at one point causing me to shout, “WHO DOES HE SOUND LIKE?” (Feel free to comment with suggestions).

The band instantly picks up the rhythm on the airy second track, “Have a Heart,” another song focused on beautiful guitar work — this time with the subtle addition of synths to back it. It’s an upbeat earworm that will force you to hit the replay button.

Cymbals Eat Guitars show off varied instrumentation from song to song, mixing in a wailing saxophone on “Wish,” delicate keys on “Dancing Days,” and a dramatic drumroll to open the closing track, “Shrine.” D’Agostino’s distinct vocals are the glue holding the tracks together, as the band plays with different soundscapes, arrangements, and tempos.

Grammy winning producer John Congleton’s influence on the record is present in the heavy synth undertones of “Close” and “4th of July, Philadelphia (Sandy),” reminding me a lot of the synth-driven St. Vincent tunes he’s worked on.

The track listing is masterfully curated as well, showcasing the band’s multi-dimensional artistry through funky juxtapositions. Hard rocking songs like “Beam,” which could be a skateboarder’s anthem off a Tony Hawk Pro Skater soundtrack, precede “Mallwalking,” a stripped down ballad featuring the piano, tambourine, a single drum, and a gently rolling rain stick. Every note of every song is intentional.

Cymbals Eats Guitars has just kicked off a fall tour that will take them all around North America. You can learn more about the band, including upcoming tour dates, on their website and stream Pretty Years on Spotify. 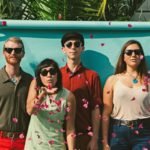 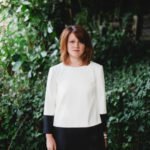