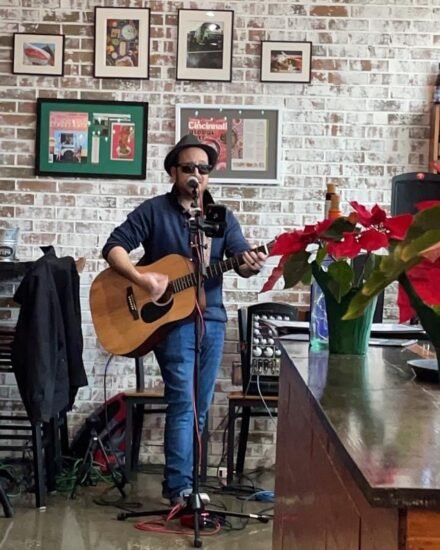 Mad science and an urgency to unite the fearlessly chill with an animated sonic vitality few rock artists are utilizing properly in 2021 combine to make one heck of a cinematic treat in the music video for Daglio’s “La Puerta Oculta” this March, and if you haven’t already given it a peek, I’d recommend doing so before the month is over. Though there’s been an increasing trend towards surrealism in the pop/rock genre over the past few years, this hard-hitting track sees Daglio cutting away the very notion of frilly melodic indulgence in favor of getting back to the basics of what made heavy music great in the first place.

Everything here has a definitively sharp edge to it, but I would be lying if I said that the guitar failed to hold up as the true center of attention from one verse to the next. Daglio’s singing is particularly warm and smoky in the chorus, but when he turns the spotlight over his lead, it’s as though a flame is piercing through the cool groove and providing a harmonious bonding agent the song needed to feel complete. Guitar-oriented rock isn’t as easy to come by as it once was, but thankfully “La Puerta Oculta” is here to tide all of us over through this period of stagnation in the legendary style.

Hard rock lovers everywhere who weren’t already listening to the music of Daglio would be doing themselves quite the disservice if they skipped over “La Puerta Oculta” this season, and I likely won’t be the only international critic to say as much before the year has come to a conclusion. This is a guitar-first songcraft that doesn’t care whether or not it’s fitting in with some commercially-backed trend; Daglio is a proponent of take-no-prisoners rock n’ roll, and for my taste, he’s everything we need in the genre right now. 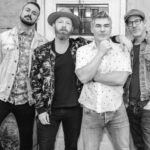 IBG Interview - 8 Questions With... Whole Damn Mess Previous
Nick Hawk Says "You Can't Talk As Much Shit As Me" Next 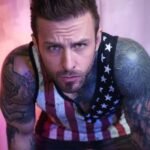