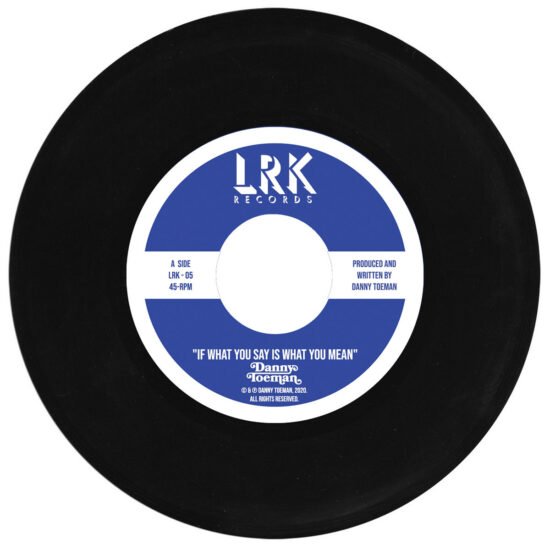 London’s own Danny Toeman has gained the reputation of a showman thanks to his live performances. Blending funk, R&B and soul to create his own version of a modern-day Soul Man. He can effortlessly switch from uptempo funky tunes to slow emotional moments. No matter the sound, his voice continues to stand out and match the soundtrack which accompanies him. Thanks to this talent, it has seen him share the stage with legends such as Robert Cray, Betty Wright, Charles Bradley, and Kool & the Gang.

On the tails of “She’s Got Something About Her” and “Give It All Up (Mr Showtime)” comes his latest release. Toeman returns with The Love Explosion for his new double A-side “If What You Say Is What You Mean” and “Everybody Says I’m Wrong.” They offer the perfect showcase for the different sides to his music.

“If What You Say Is What You Mean” bursts into action as soon as you press play. Toeman instantly shows off his punchy funky tone that matches its soundtracks. It’s clear to hear from its opening lines “Keep your politics out of my line of sight / I know that things are bad / But your grandstanding sermonising tendencies / Only serves to drive me mad”. Its groove is infectious thanks to its beats, but also by the use of Trombone, Trumpet and Saxophones.

However, it is the captivating vocal presence of Toeman which steals this show. Technically it is not as strong as he has previously showcased, but it’s the energy he gives off which is impressive. It does not lose any momentum and keeps going like a runaway train. It peaks when the chorus arrives as he repeats the lines “If what you say is what you mean / Then you don’t mean a doggone thing”. They are infectious words which are easy to sing along. These sound even better during the outro to the song.

Things slow down with the arrival of “Everybody Says I’m Wrong”. It’s difficult not to be drawn in by its stripped-back sound and his work on the guitar. Talking about his skills on the 6-string, they get the opportunity to shine. His technique is not showy but instead offers a subtle technicality which adds so much emotion to accompany his words.

As much as his guitar sounds so good, it is the vocals which stand out yet again. Not just by Toeman, but also with the support by Claudia Jones, Jo Kelsey, Beth Aggett. Together they create a soothing mood which captures the essence of soul music. His voice seems so effortless even when he stretches his range during the lines “I keep waiting for the day / All my troubles roll away / But like they ever-changing dawn / They just keep on rolling on and on and on and on and on”. It is a beautiful work.

Danny Toeman impresses yet again with his latest release, showcasing the different sides to his talents.

Here are two more great examples of the musical talents of Danny Toeman. Not only is the songwriting to a high calibre, but they showcase the different sides to his sound. If you like what you hear, then you can order this double A-side on vinyl, which will no doubt heighten the listening pleasure. Also, you can head over to his Bandcamp page to check out more of his work. Go on, treat your ears to some great music. 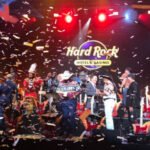 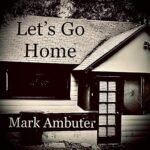