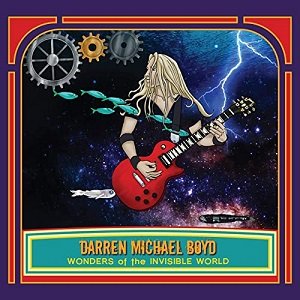 Pain, yes. But maybe…beautiful pain? Such are the ruminations that come to mind as a listener, hearing Darren Michael Boyd’s sophomore album Wonders Of The Invisible World – preferably at three o’clock exactly on a dark and stormy night. The album begs a setting fitting its chameleonic, three-act musical structure. In a way that’s significantly clearer than Boyd’s previous effort, Lifting The Curse, Wonders takes you on a visceral journey where you experience naïveté, then interpretively pain and disillusionment, and then arguably in the final half survival.

The first few tracks, highlights including ‘Earth Pads’ and ‘Night of the Neurotoxins’ boast a cheery, kinetic energy. They are what they appear to be. The guitar riffs are loud and vivacious, the drums expertly mixed to a supporting player in the background. A bass permeates and touches up the edges of the track, and there’s a nice simplicity to the few instruments involved as well as the track’s acoustic nature. This carries on until the fourth song is introduced, evocatively titled ‘Making a Homuculus’.

The first sign there’s been a turn is when the opening arguably takes on a Gothic, Alice Cooper and Marilyn Manson-inspired vibe. A thin, waif-like cry expertly sets the mood for the rest of the track, followed by a louder set of drums and a slightly lowered electric guitar that’s no longer riffing. There’s more articulation to each of the notes played, the entire song immediately assuming an unconditionally melancholic and far more contemplative air than its predecessors.

The inspiration Darren Michael Boyd takes from his personal life haunts every song on Wonders Of The Invisible World. Judging by the title in stark contrast to Lifting The Curse, the album takes a more thoughtful approach as is evidenced by the specificity of each track’s composition. But there’s no denying Boyd continues inserting his person into each piece, and he’s angry. Even the opening tracks in contrasting retrospect have a slight unease to them, their cheery undertones somewhat sardonic in nature and likely the ruminations of someone looking back than experiencing said events firsthand. ‘Making a Homuculus’ easily can be interpreted as a companion piece to another track in the last half of the album, complimenting its final act which represents the survival angle.

This piece is called ‘Ice Storm’, and while it picks up with all the instruments present in ‘Homuculus’ the guitar is back to being centerstage again. Boyd’s anger is most clearly communicated through these last few pieces of music, each of the tracks sporting a musical backbone not previously heard on the album. If ‘Homuculus’ evokes the image of a man walking in a rainstorm, desperately trying to hold onto his coat, ‘Ice Storm’ evokes said man struggling to rise to his feet. The guitar roars, the bass intimidates. The drums adopt a more clangy, heavy presence in the track. In many ways, this feels like what Boyd must be now. Whatever complications he still may live with, he won’t go down without a fight.

In short, Wonders Of The Invisible World seems like Boyd at his most unrestrained. Due to the self-released nature of both solo albums, Boyd is free to create according to his own set of rules. As a result, the listener can enjoy a true director’s cut of each and every song. It’s clear there’s no compromise, and no holding back. Stepping into the world set by Wonders, you are dealing directly with Darren Michael Boyd. It’s his world, his vision, and his rules. 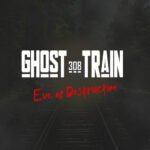 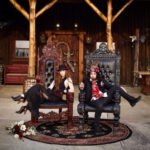 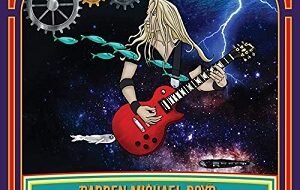