David Arn – Still Creating Interesting Music For Everyone To Enjoy

With today’s freedom of the independent music world there is no set schedule or easy step by step plan to reach success.  The dream of creating music can last for many years and even an artist late in his years can still release music for the whole world to hear.  Our recent find David Arn has done just that.

The singer songwriter is longer in the tooth than many of the young artists that forward us their music.  He has lived a full life and it is obvious from hearing his music that he has some stories to tell of his journey.  David Arn’s music has made the rounds in various outlets including stints on NPR stations and Delta Airlines commercial flights.

On February 1st David Arn released his second full length album entitled Walking To Dreamland.  The 10 track record is a relaxing listen that seems to ease even a worried soul.  The opening title track “Walking To Dreamland” has a blues-funk feel with its melodic piano lead pushing forward the energizing song.  There is a beautiful folk feel to “Even In A Town Of Seven Churches”.  David’s weary voice seems to be whispering his story just for you as the instrumentation dances around.  There is a darker and more experimental tone on “Rosalina’s Music (Nexus Chokehold)”.  Many sounds fight for space in the mix with interesting instruments all making themselves known.  David Arn really opens up the indie rock adventure on “When You Lost Your Situation”.  There is some impressive guitar work here accompanied by some funky organ playing.  A creative music video that was filmed in Croatia accompanies the track.  Enjoy it here:

“The Last Word” is another rock n roll track with its straight drum beat and a vocal style creating excitement to follow the lyrics of the story.  This is an album full of stories each more enjoyable to listen to then the last.  Get more info on David Arn and his music at: http://davidarn.com/ 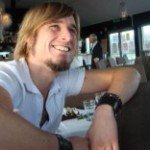 Ted Bergqvist - Swedish Songwriter Continues His Rise Previous
Jimi Newton Project - Back With More Music To Get You... Next 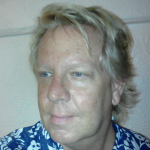