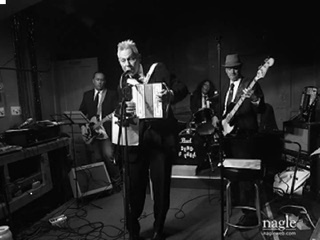 Who says punk rock is just for kids? Once the power of the energy-laden genre has its teeth in you there is no escape. Punk bands, on the other hand, are not known for their longevity. Our recent find Dead Freddie took the standard time off but has since reformed to create fresh sounds and continue the fun.

The band dates back to 1980 when two lifelong friends, Donatas Ramanauskas and Vainis Aleksa, after being sucked into the punk scene by legends such as the Sex Pistols, The Clash, and The Ramones. They knew that is where they belonged and Dead Freddie was born. As is the case of so many Punk bands, the flame burned fast and hot, dying out by 1982. Life got in the way. College, marriages, kids, and day jobs put the band on indefinite hiatus. But there is no holding the punk gene down. In 2012, Dead Freddie came together again with some fresh faces and a fresh take as Chicago’s Punk Pop Phenomena.

The most recent release by the band is the self-titled Dead Freddie album. The vibe seems to still be alive and well. The high energy sound is kept fresh by taking elements from Garage, Glam, Ska, and Power-pop and meshing them all together for the new Dead Freddie sound. The distorted guitars and group Oi vocals that start the opener “Cliche” let us know that there is no slowdown in the new music. Other genres creep in that shows off the mass of classic influences the band has taken in over their years.

The drum heavy “Mary Left” keeps the energy maxed out as the pounding beat will jump start any hearts open to the music. The group chorus has that classic punk effect of causing the listener to want to sing along and be part of what is happening here. “Double Handle” keeps this rolling as well with some exotic instrumentation thrown in for good measure.

The fun is contagious on “She Won’t Play House”. Another track that will have you singing along by the second verse. This gets even stranger with “Stage Brain” as noises seem to come from everywhere, even a punk rock accordion.

By the time we get to the closer “Save Me From Myself” it seems that Dead Freddie is ready to let us off easy with a mellow number that provides a head swaying effect with acoustic guitar strumming,  accordion pulls and no drums. This is the break we all need to let our hearts return to a normal beating pattern. Relax, but not for long.

Keep up with more energy from Dead Freddie at: 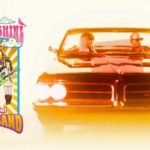 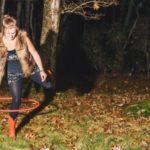