Dream Big entertains us with the soulful vocals of Héllena and with a powerful band supporting her, this is the ideal choice for the debut single of her forthcoming album Body and Soul.

Héllena’s voice combined with the musical talents of Max Atman on Guitars, Mike Exarchos on Bass/Keyboard and Daniele Giovannoni on Drums ensure Dream Big is a melodic masterpiece.

Once Héllena made the move to London it wasn’t long before she made her mark on the music scene, not only did she reach number 2 on London’s Reverbnation Soul/R’N’B Charts but she also made it into the MTV’s Unsigned Top 20.

This led to good things for this talented singer as her acoustic show on BBC London was well received and as a result this helped her online fanbase flourish.

Dream Big is the musical representation of what Héllena stands for as an artist, the single has been produced by MTV Award winning Producer Stereo Mike and the music video will be available for viewing on the 17th and the single’s release will proceed on the 19th of May.

If that wasn’t enough Héllena and her equally talented band have organised a release party for Dream Big at the Troubadour, London on the 20th of May.

Here’s the line up of amazing artists for what promises to be a most entertaining evening.

8.10 Damon Coles – A Singer/Songwriter influenced mainly from the 60′s music scene including the likes of The Beatles / Free & Buffalo Springfield. Playing a mixture of original songs of rock with a hint of blues & soulful ballads.

8.40 Kat Eaton Music – Kat Eaton released her debut single in September 2013. The critically acclaimed single ‘Alien’ had the backing of BBC Introducing, which lead to Kat being invited to The BBC Introducing Master Class, where she met with Labels and A&R Scouts. After the success of her first single, Kat is about to launch her long awaited EP, which will be released on Ont’ Sofa Record Label.

https://www.youtube.com/watch?v=U3K3Uu5lgdo
Tickets are £6 and will be available for purchase on the door 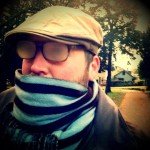 Stephen Fish - Turning Inward Leads To Beautiful Heartfelt... Previous
Jackslacks - Keeping On Top Of His Game With New EP Next 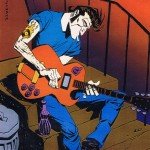