Dungeons and Dragons and Peanut Butter Cups: An Interview with Slothrust 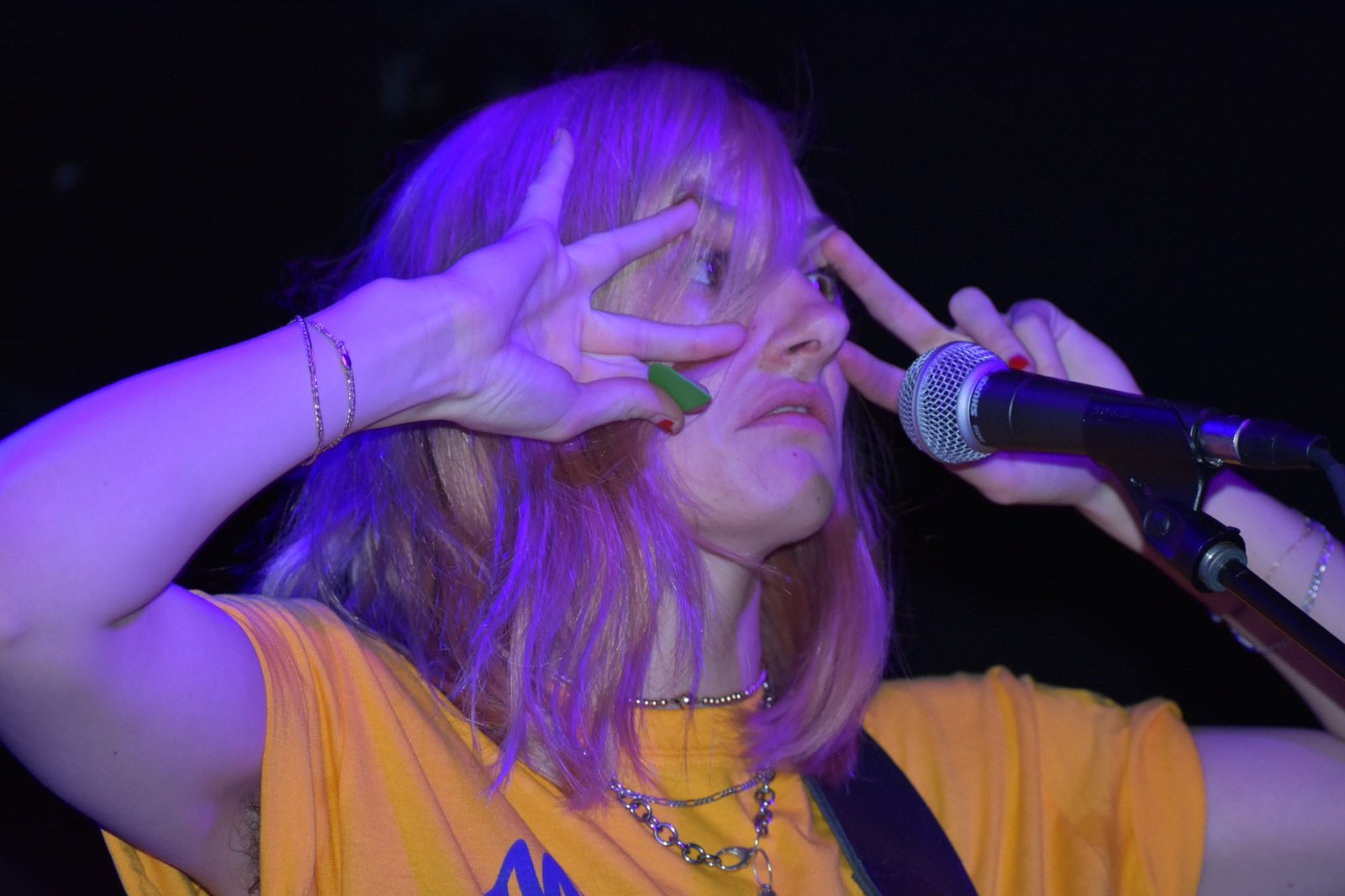 To try and fit Slothrust into a single category or genre of music would defeat the purpose of the band, so I’m just going to call them this — kick-ass.

The unique trio of jazz inspired rockers from Boston recently played a show at Rough Trade NYC in Brooklyn this past weekend.

I caught up with Slothrust bassist Kyle Bann to talk about the band’s latest record, their current tour and The Electric Slide. 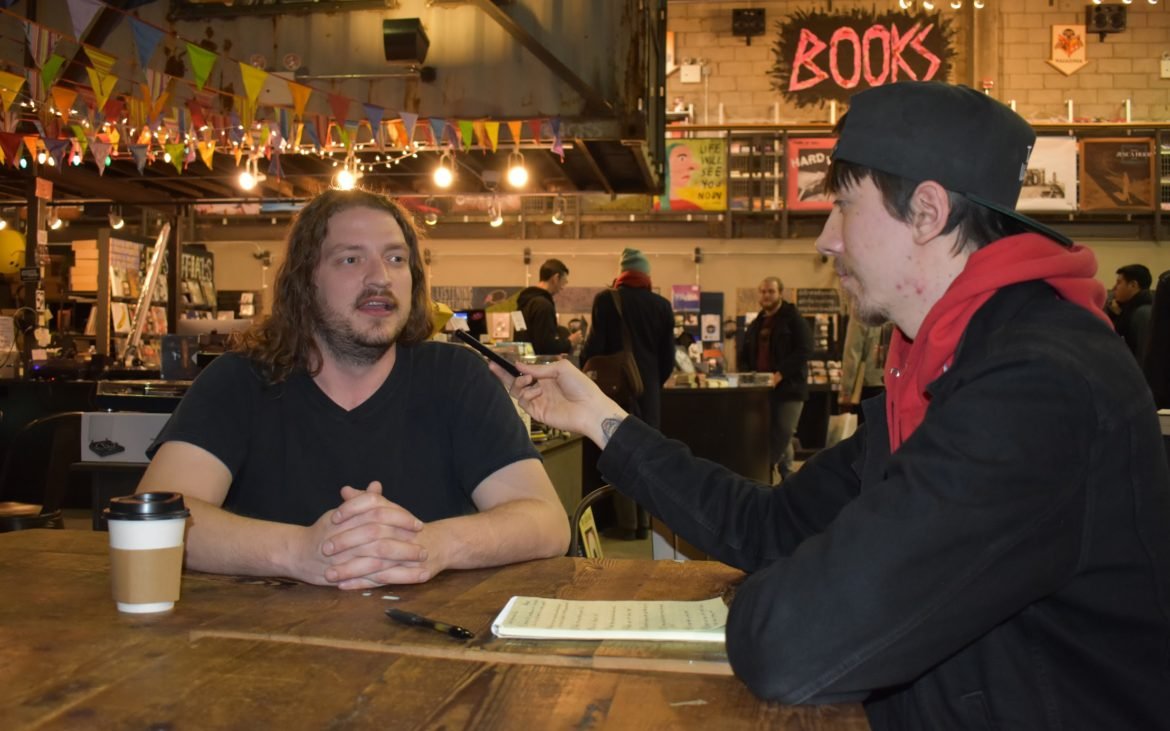 Your record, Everyone Else, came out in October. After this roughly five month period, how do you feel about the finished product?

I haven’t listened to it for a while actually. I’m not sure I’ve listened to it since it came out. I am always the person who’s always working on it until it’s, like, really done. I’m the guy who might be emailing somebody a couple of weeks before release saying, “Is it too late to change something or no?.” Usually the answer is yes, and I’ll just let it rock. I have OCD tendencies. I’m a bit of a perfectionist especially when our music is concerned, so I’m always trying to improve, but then once it gets out, I’m cool. Maybe like a year from now I’ll listen to it again more as like nostalgia and be like, “Huh? I don’t remember what that sounds like anymore. Let’s take a listen.” So yeah, I haven’t been listening to it recently HAHAHA.

Your music styling is pretty varied. Who would you say your inspirations are and how do you mix them all together to get your own sound?

We all grew up with classic rock, ya know. That being on the radio and that being part of the sonic atmosphere that we existed in as kids. I love classic rock and I love the hits, but we all met and became acquainted with each other through all studying jazz at the same time. Those two things I feel really form the basis for the sonic inspiration of Slothrust where were mixing traditional rock stuff but with more out there and experimental things. There’s a fair amount of improvisation that happens both on stage and in the writing process. There’s some improvisation that occurs on stage, but definitely when we’re working out the songs during band practice, there’s a lot of improvisation. Then it’s like, “Oh, what do we remember,” and that gets written into the tune.

Leah is the writer. They’re her songs, and so she will either bring them into band practice or record demos and send them to me and Will. Sometimes there’s some too choose from and sometimes not. We take listens and think about them for a while. Then we get into band practice and work out the rest from there. We work out arrangements and parts for all the instruments. All that stuff kind of gets worked out all together.

Sometimes, you know, accidents happen where somebody does something that was wrong, but we’re like, “Oh, that was actually pretty cool. Why don’t we do that again?”

Things tend to have a snowball effect. It starts with a core, and the core is always still there. It’s Leah’s song for sure, and then as it rolls down the hill it picks up more and more snow until it’s the Slothrust song you hear on the record.

You mentioned you all studied Jazz. What else can you tell me about that?

We were all going to college together and we were all jazz students, so you know. I grew up a metal head and a classic rock lover. I would listen to Ella Fitzgerald around the house, but I wasn’t an aficionado like that. We all devoted a lot of time and energy to trying to become jazz players. None of us our particularly amazing jazz players, but it’s influenced how we play rock a lot. I think that’s a lot of what gives us the Slothrust sound.

What are you dong when you’re not making music?

I like to cook, and I like to play board games and shit like that HAHA. Recently I’m into this one, this is gonna sound so fucking nerdy. I’m really into this game called Lords of Waterdeep. It’s a board game that takes place in a Dungeons and Dragons universe, so it sounds really fucking nerdy, but it’s not that complicated and it’s really fun. I like games that are like that. Games that are complex, but fun. I like analog gaming because you can sit around with your friends and actually interact with each other.

I like video games to and shit. Especially with being able to play video games online, it’s a great way to keep in touch with friends who are, like, on the other side of the country. You can hop on PlayStation, so you’re like doing something together, but you’re also talking shit through the headsets. I like that too, but there’s definitely something to be said about analog gaming and analog shit in general.

That’s even a part of Slothrust. We don’t use electronic shit. Ya know, we don’t use synths or samples or stuff like that. When were on stage, all the notes that we’re playing are all notes that we’re fucking creating with our instruments. We use pedals and shit like that, but ya know, we’re not sampling the drums when were performing live. There’s not synths that are coming in. There’s no prerecorded tracks. It’s all happening there right in the moment and that’s something that we’re all in to. We like things to be organic in a certain way. We want to sound like a fucking rock band.

What’s your go to dance move?

I generally keep it inside the box most of time where it’s like a step to the left or a step to the right. I’ve been known to bust out the Electric Slide once in a while. I like any song that gives you instructions on how to dance.

What’s your go to snack when touring?

I have a serious fucking weakness for Reece’s Peanut Butter Cups. I will fucking tear through a pack. It’s more like I have an addiction I have to manage. I’m like, “No. You had them last night. Don’t buy them at the gas station today.”

If you could play with any band, current or disbanded, who would it be?

Does Slothrust have a go to cover?

We do cover’s sometimes. We play covers in rehearsal a lot and sort of do it as a way to learn new shit. Occasionally we’ll play one when the spirit moves us. We do a pretty rad version of “Hit Me Baby One More Time” If I’m going to be perfectly honest. A song we did in the early stages of Slothrust that might still come out if the time is right is “Sex and Candy” by Marcy Playground. We all still know it, so it might just happen at any random moment. You never know.

If these are your last words on Earth, what are they gonna be?

Who you gonna call? Ghostbusters. 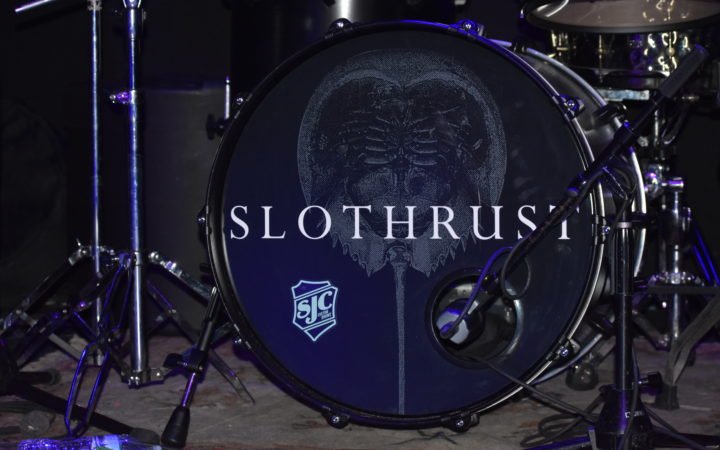 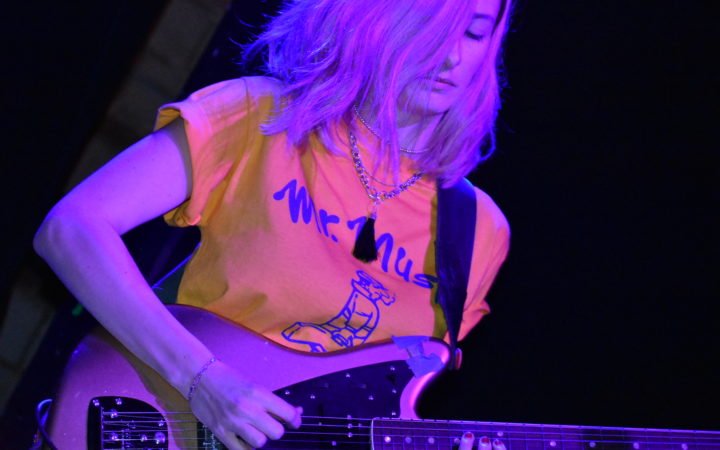 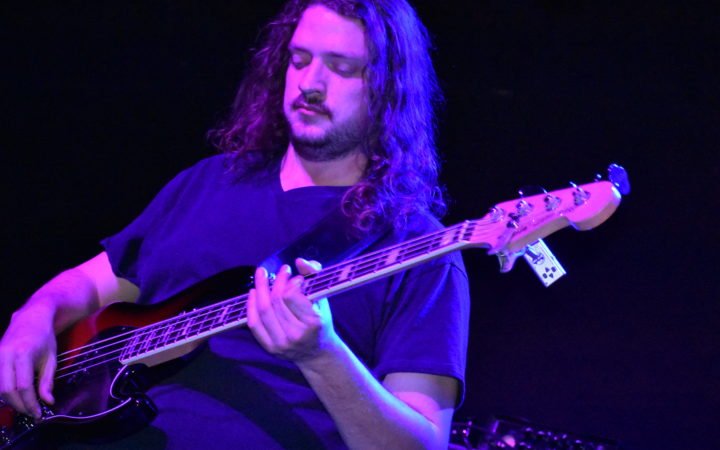 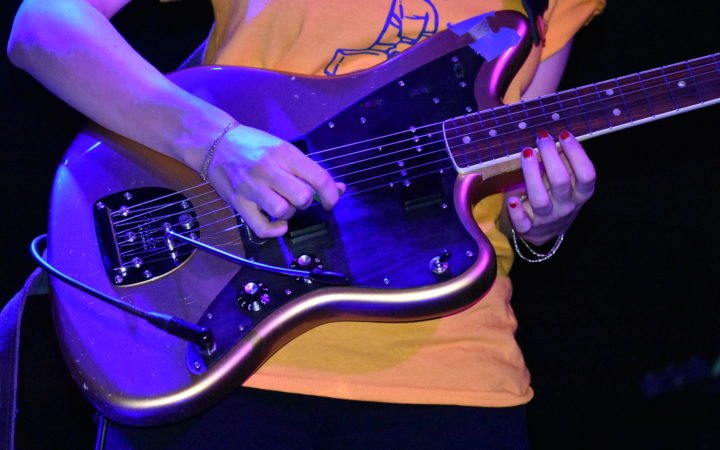 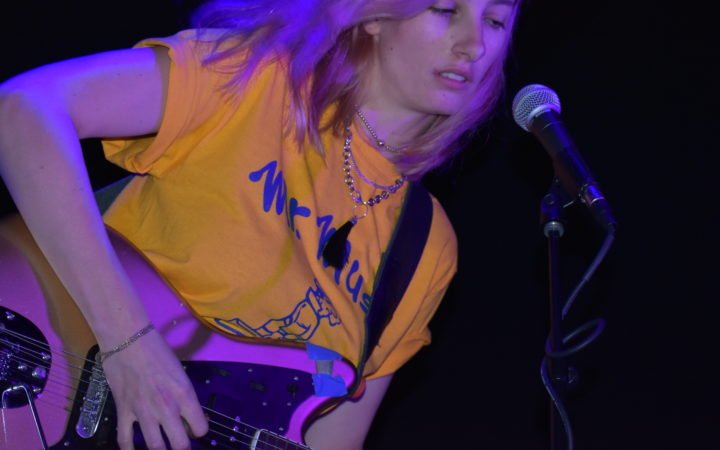 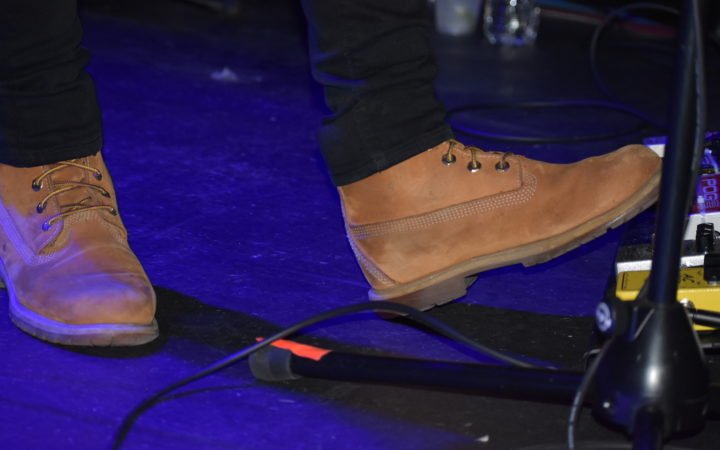 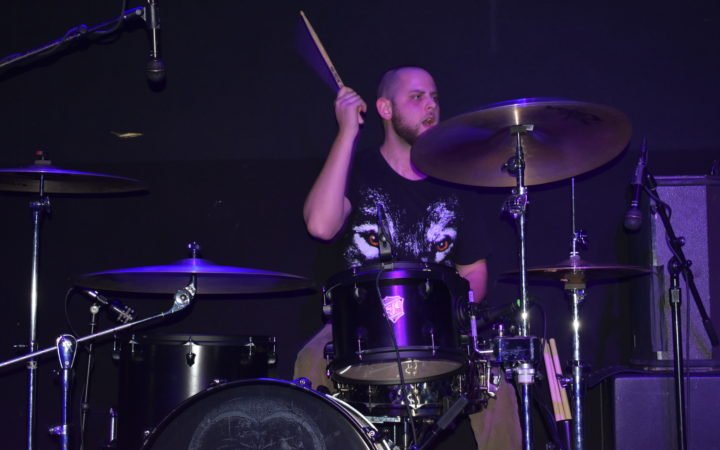 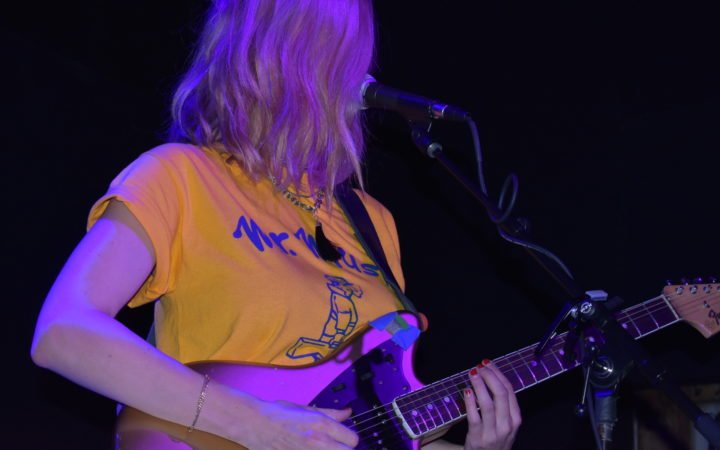 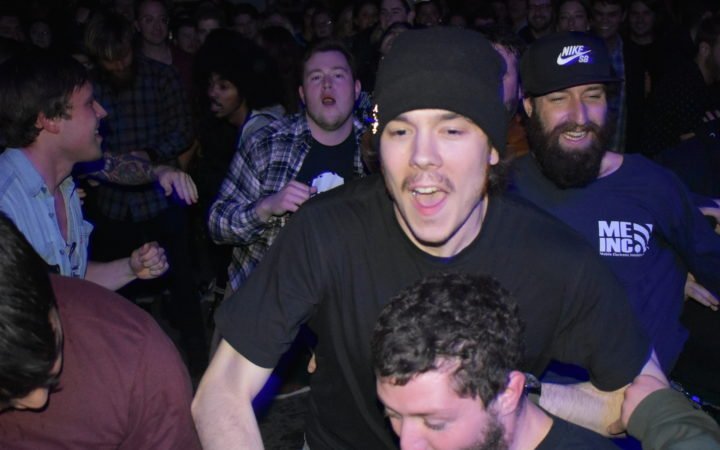 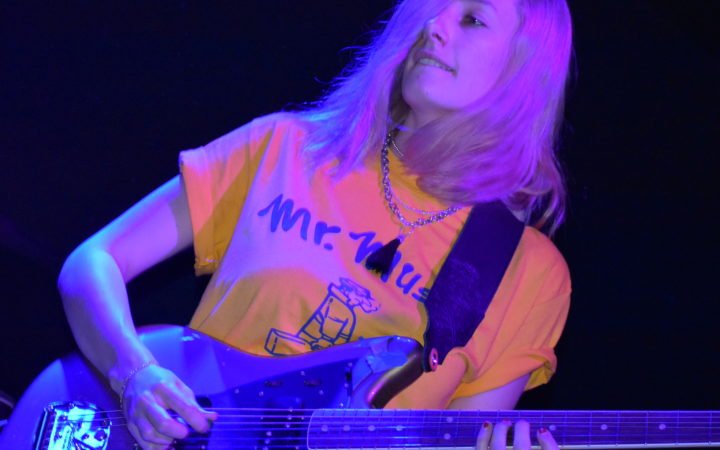 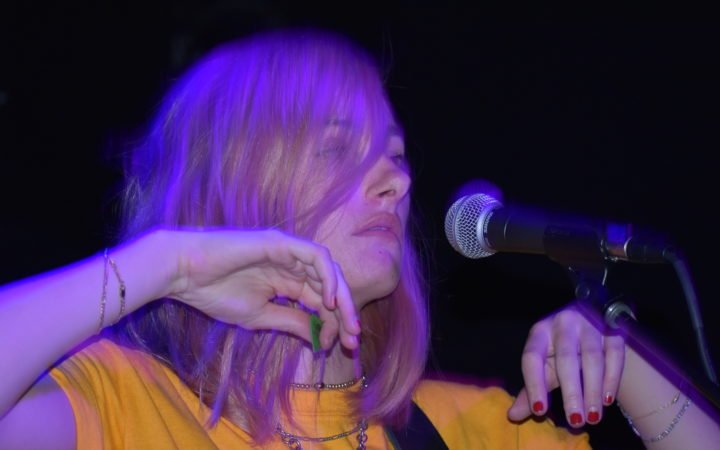 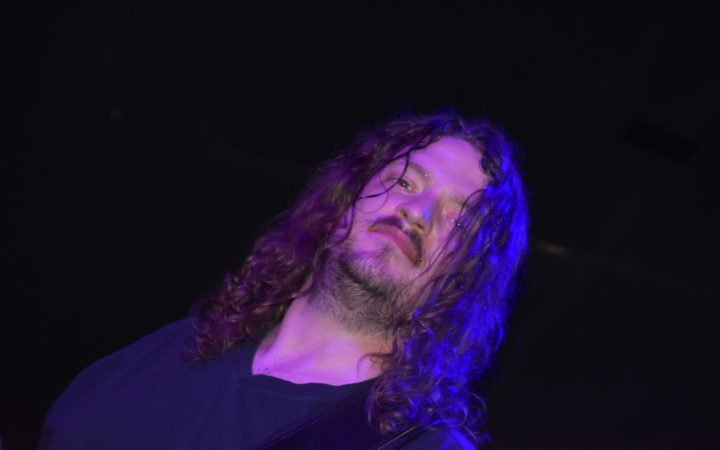 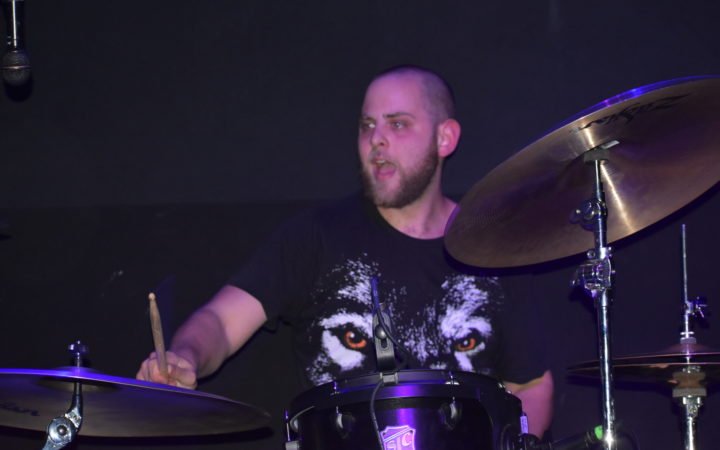 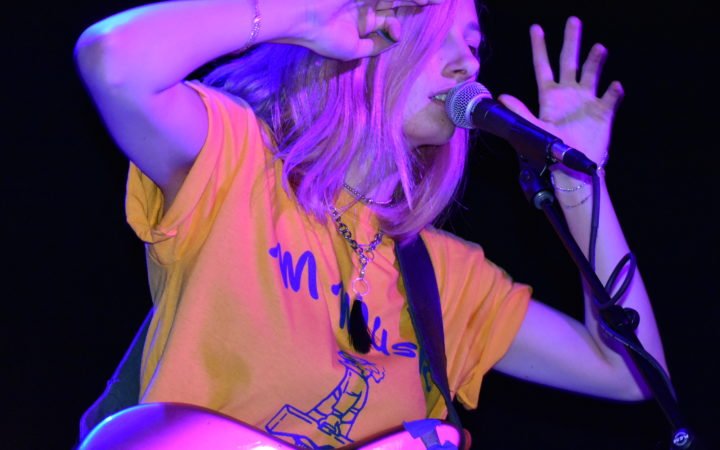 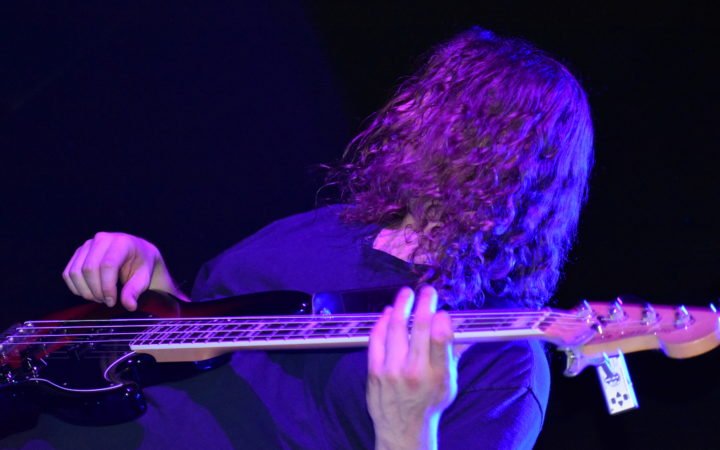 Check out the rest of Slothrust’s tour dates, and be listen to their latest album on Bandcamp. 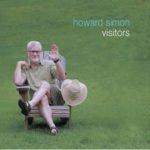 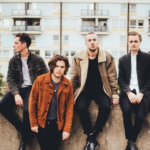