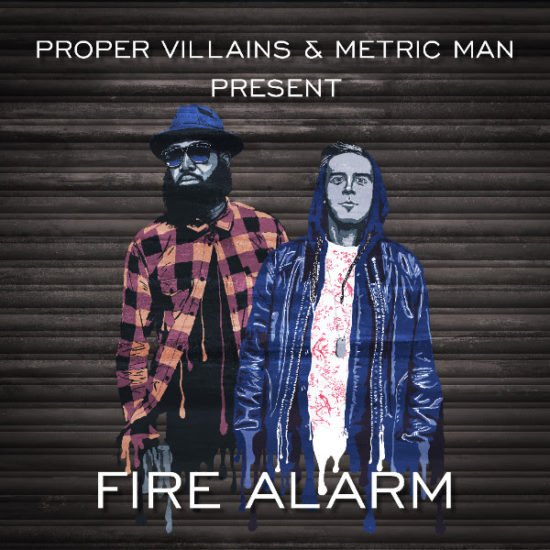 If you combine a Trinidadian reggae rapper with a veteran DJ from Queens, what do you get? The result is Fire Alarm, the newest collaboration between Proper Villains and MC Metric Man. Metric Man is an independent reggae artist hailing from the town of San Juan in Trinidad & Tobago. Proper Villains is a DJ from Queens, NY who has been part of NYC’s club scene for 20 years. The duo released their self-titled debut mixtape last fall. Now, they’re dropping a swagger-filled musical bomb in 2016 with their debut EP Fire Alarm, released this past August.

The EP’s opener “Push It Back” is a raging dance track. Clacking drum and cymbal loops are intertwined with robust breakbeats and snappy handclaps. Paired alongside them are heavy, flowing basslines that add some choice grooves to the song. Bouncy, screeching synths and electronic chirps only serve to hone these grooves. All the while, Metric Man drops rapid, walloping rhymes in a deep, hefty vocal style. Lyrics such as “It’s gonna be a scene on the dance floor / The people come out, they want more / Mr. DJ give an encore” focus on one thing: getting people to stand up and dance.

The next track “All Black” starts off with an air horn sample. A wobbly bass line soon emerges on top of a sparse yet lively rhythm of booming drumbeats and syncopated backbeats. Against the bouncy background, Metric Man maintains a pro-black, socially conscious edge with lines like “All black men, you got to keep shining / Pure gold color, black man keep rising / Tough like a diamond, born as a champion.” Meanwhile, the synths unleash a medley of dance-inducing noise seemingly more akin to dubstep than reggae. Whooshing synth flourishes clang hard with explosive force. Trilling synth riffs add a light tinge of funkiness. Then, there are the sub-bass drops which burst with energy courtesy of both Metric Man and Proper Villains.

For the track “Inna Dat With Dem,” Proper Villains makes use of two well-known samples: “Tom’s Diner” by Suzanne Vega and “Peter Piper” by Run-D.M.C. It’s a clear display of his DJing repertoire from New York City. Clicking cymbals and ringing drums, along with pulsing, warbling synths, manage to toss a bit of Caribbean spice into the soundscape, though. The song’s prominent aspect is once again Metric Man’s fast-paced, sonorous vocal delivery. With lyrics such as “To my people, keep pushing / To the hustlers in all the streets, stay cooking / Planters straight planting / Never give up, more life we wanting,” he presents an optimal message to those grinding and struggling. 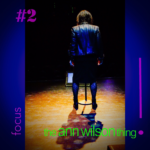 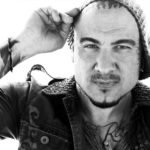