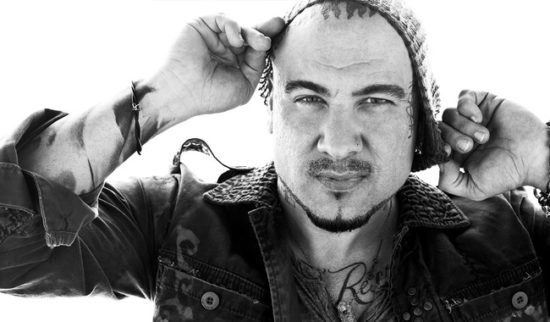 Vino Alan has set out to change lives with his music and he’s doing just that.

He broke the scene back in 2012 with a jaw-dropping performance on Fox TV’s hit game show X-Factor. It was there that the judges — and millions around the world — were introduced to the baritone bluesman out of Waynesville, MO. Even then, it was very clear that Vino Alan is an extremely talented artist. He stole the hearts of all who watched, gracing the stage as a young singer with big dreams and an even bigger heart. Placing seventh overall, Alan knew he had a talent but also that he had a long way to go before the world could see just how great he really is.

As of now, he’s got a Gofundme that you can visit to aid him in his efforts to take his talents to the road with his upcoming Recovery Tour. He plans on doing free concerts at Rehab facilities and other similar venues in hopes of reaching out and touching the hearts of everyone with the sound of his voice. He’s come up with some great incentives in exchange for donations so I seriously suggest that you give the page a visit.

When a musician is so devoted to a cause that they’ll dedicate their time, energy, and talent completely free of charge, it’s always one worth funding.

Much like you’d expect, Vino Alan’s 2016 album Killing Heroin is an all but subtle acknowledgment of the long and bumpy trail that is the road to recovery from drug addiction. His lyrics are rich with thought provoking questions for which only the wisest can find answers and heartwarming sentiments in which any listener can find comfort.

In “Conversations,” he openly discusses the many topics parents often fear are in the presence of their children’s social circle, and even the things that they fear to explore themselves. He allows the bass in his voice to roll smoothly into the microphone as he croons, “Let’s start a gather ’round / Let’s have some conversations … Let’s talk about redefining recovery / Let’s talk about wedding rings, Sarah Quill and currency.”

Though the title may seem a bit narrow in scope, please believe that Killing Heroin is an all-encompassing project with a wide variety of styles and song structures, making it a universally enjoyable album fit for anyone.

This tour will be an answer to the prayers of so many people around the nation, and it’s comin’ right on time.

Since his excellent showcase on X-Factor, Vino Alan has independently released several singles and albums. You can visit his Soundcloud and take a giant leap out of this world and into the mind of Vino Alan. While he has undeniably stayed within the realms of rock and R&B, he has done an outstanding job of pushing both genres to their absolute limit.

He’s taking a risky approach for promotion here. Vino Alan and his team have all decided to promote the tour entirely through word of mouth. It may seem crazy but it will be very interesting to see just how well this pans out for him. With the kind of skill Alan’s got, there’s just no tellin’. 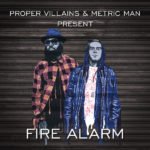 'Fire Alarm' EP Blends Club Cultures of Two Nations Previous
Alko. Helps you Unwind With 'Out of Sight' Next 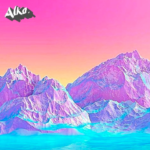