With the use of the internet and social media today bands have been able to grow a following just by the exposure they get online.  Personally, I feel this is somewhat of a shame.  There is something magical about a band that puts on a great live concert and builds a fanbase organically through face to face contact.  There are still some great live bands out there doing it right such as Gas Station Disco. 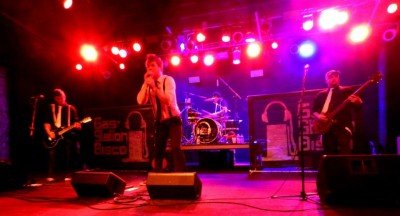 Hailing from the relatively small town of Pottsville, Pennsylvania did not slow the band down at all.  Gas Station Disco perfected their stage presence on the local small stages and captivated the growing audiences with the energy and relatability of their shows.  The word spread and earned the band some major opportunities.  Gas Station Disco got to play at MTV Spring Break in Panama City Beach, Florida in front of huge partying crowds that went back home remembering the band’s name.  Other performances on ABC New Orleans, SXSW in Austin, TX, and a feature on Maxim.com have continued spreading the legend.

The indie pop four piece is set to release their new album Port And Starboard next week.  The 10 track album covers the rock and alternative genres well with touches of indie pop and even alt-country.  The opening title track “Port And Starboard” shows right off the bat the type of sing along choruses the band brings to the table.  Gas Station Disco slows it down some on “Broken” with its heartfelt lyrics and pretty piano melody pushing the song along.  The band dives into a different world with “Dancefloor Remix”.  It is a powerful guitar driven song with some added studio effects to add to the aura of the band.  “Fake” is a peppy little track lets the vocals lead the way over some fancy soundscapes created by the musicians.  The album closes with the raw rocker “The Right Time” that reminds you Gas Station Disco is a powerful live band that you need to see to experience.  Keep tabs on the band and when they are coming to your town at: http://www.gasstationdisco.com/ 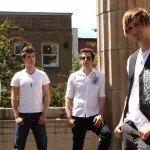 Kight - Mix Of Styles Added To The Alt-Rock Genre Makes... Previous
4Knots Music Festival Returns Tomorrow With Maybe The... Next 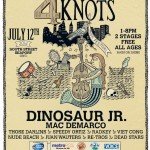