Anyone that has spent any time working at a recording studio has seen some amazing talent come in and out of the doors.  What if you could take all of the best musicians that have played there and combine them into a supergroup of talent?   One of the latest records I was sent seems to have just this idea.  It goes by the title Ghost Embrace. 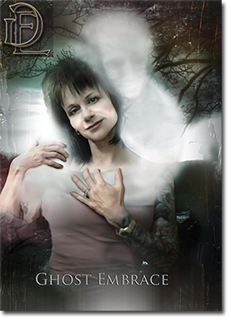 The owner of HyperThreat Sound Studio in Colorado, Annette Freeman, has been building quite the mix of ability and styles to combine into one impressive grouping.  Musicians featured in Ghost Embrace include Jerome Lee, a well versed R&B bassist who has been in the game for many years, Chad Kent, drummer of Atomship and Watership Down. His incredible power and speed adds a new level and leads the group in a progressive direction. Guitarist Nema Sobhani’s incredible speed and meticulous sweeps, and guitarist Ryan Kargoll’s melodic style are at the front end of this musical powerhouse.  Background vocals are added by Brett Weisz and Leah Rose.

The music was put together in an interesting way.  Instead of everyone being in the same room playing together, each musician layed down their tracks one at a time allowing the freedom to express themselves without any pressure to fit into the band dynamic.  The skills of experienced engineers at the studio allowed the songs to be put together in this organic style.  I was able to get a listen to a few of the tracks from this process.  ‘Prisoner Of Pretty Lies’ jumps out and grabs your attention right away with a technical skill that is very exotic.  Drums and guitar lead the way with to an amazing vocal performance.  The song would most likely be considered progressive rock just do to the skills exposed.  Another track ‘Rainbow Pirate’ follows the same pattern and allows all of the gifted musicians to play their hearts out with the mixing engineer cutting it all together later.  This trend could produce some phenomenal music.  Go get a taste for yourself at: www.ghostembrace.com 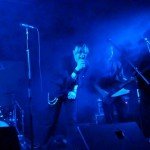 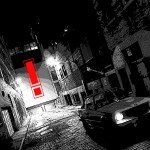