The development of a band and their sound is always a great story.  A successful band can began with just an idea for a sound and develop into something so much more.  When sounds and genres are combined to create something new it is time to stand up and take notice.  Here is the case with today’s find MiXE1.

MiXE1 (pronounced Mikes 1), based in Hatfield, UK, was founded back in 2010 as a solo project of Mike Evans, formerly of Broken Butterfly X.  His idea was to group together electronica with rock, metal, and pop music to create a unique sound.  It worked as he released the debut EP Module 01 which gained the attention of the music industry leading to the signing with UK label Static Distortion Records.  In late 2012 the project was turned into a full band with the addition of Lee Towson on guitar, Lee O’Brien on drums, and Marcos Farias on bass for live performances.  Now complete MiXES1 is ready to expose their sound to the world.

This past summer MiXE1 released their first effort as a full band, the Lights Out EP.  The 6 track record covers all the bases and shows the direction that MiXE1 can go.  The opener and title track ‘Lights Out’ begins as a full electronic sounding song before true drums and vocals come in to build it into a song for everyone.  The combination of sounds drags the listener’s ear around in a schizophrenic but fun way.  On ‘Part Of Me’ the band heads down the path of hard industrial rock complete with guttural vocals to complement the heartfelt lead lyrics.  If I was pushed to find a comparable band I would lean toward Linkin Park.  The band shows off some straight ahead rock talent on ‘Pulling You Back To My World’ with its catchy vocals and hooky rhythm.  The spacey track ‘Find You’ has a background soundscape that fills the sonic palette with color and emotional lyrics to warm the listeners heart.  You can keep up with this up and coming band at: https://www.facebook.com/mixe1 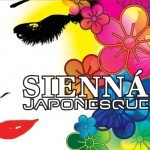 Sienna - A Sound As Unique As It Is Memorable Previous
Ghost Embrace - Skilled Musicians Put Together Album... Next 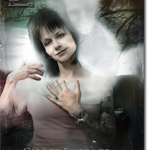