Small Peace Of Mind is the newest album release from New Orleans-based artist Greg Schatz. This is his sixth overall full-length album of original material, and it’s probably his best one yet. Schatz combines New Orleans blues roots, Nashville Honky Tonk, and his Bob Dylan-esque song writing to create tracks representative of his life. “Small Peace Of Mind” contains 12 tracks, each and every one cleverly describes life through music in ways words never could.

One of the most memorable tracks on the album is “Welcome To Crazy Town”. The song is humorous, full of witty lyrics and playful piano tunes. Similar to that is “Everybody’s Got To Die Somehow”, which is all around funny, yet also contains a more dark humor play on the topic of death.

Many tracks on “Small Peace Of Mind” showcase Schatz’s intelligence and talent in writing funny and fun songs, but others take a more emotionally meaningful turn. “Leave It All Behind” takes the cake for this one, touching on the topic of following your dreams and what that means. It’s a song about reflecting on one’s journey in life to pursue what they love. The lyrics go: “How will you feel at the end of the night? Will you be glad how you’ve spent your time? Were you able to find some small peace of mind? ”

Schatz sings: “So many roads that you have travelled down… you’ve struggled and you’ve come so far. and as you know, you still have a long, long way to go and you might just wind up back here where you are.” These lyrics could be reflective of Schatz’s life today, as he has taken many roads to get where he is now.

The Life Of Greg Schatz

Schatz grew up in Ithica, NY, before moving to New Orleans in 1995 to continue his pursuit of music. In New Orleans, Schatz played the accordion with the Big Mess Blues Band, then he played the upright bass in the trio Jeremy Lyons & the Deltabilly Boy. Then, in ’99, Schatz finally started his own band where he created three albums under the name of Schatzy. Over that time, his music and his viewpoint on it changed immensely. He ultimately took to playing piano, which is the forefront instrument in “Small Peace Of Mind”.

Most recently, Schatz has been nominated in 5 categories for OffBeat Magazine’s Best of the Beat Awards. They include: Song of the Year, Best Country/Folk/Singer-Songwriter Artist, Best Country/Folk/Singer-Songwriter Album, Songwriter of the Year, & Best Video. Furthermore, when Schatz isn’t playing gigs or writing his own music, he’s creating it for others. In 2016 Schatz composed and performed the theme music for producer Eve Abrams radio and podcast documentary series, Unprisioned, which won a Gabriel Award, and was a Peabody Award finalist. 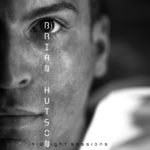 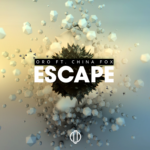