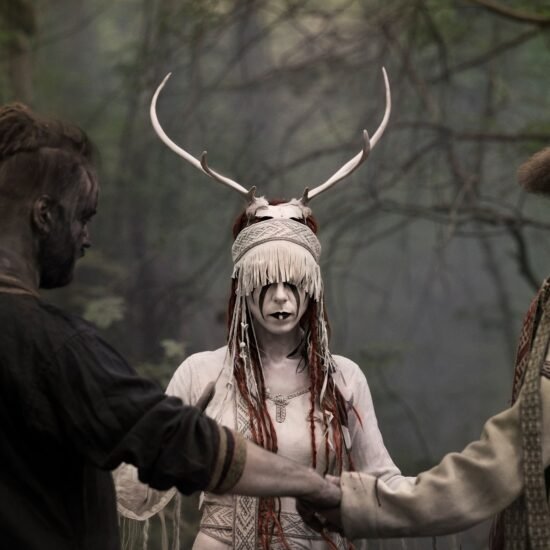 There is perhaps nothing in this world as universally relatable, pure and divine as music, and in the new video for Heilung’s “Norupo,” we’re taken to the foundations of the medium as they came together for northern Europeans hundreds and hundreds of years ago. While not a religious document per say, there’s no getting past the elements of spirituality that can be found in every portion of “Norupo,” and I’m not referring to the video’s powerful visuals alone. Heilung are masters of their craft, and they give us what could be their best work so far in this absolutely mesmerizing new release.

The vocal chanting in this track is absolutely chills-inducing in the best way possible, but at no point does its surreal placement in the arrangement of the song seem like a bid to draw us away from the quiet growl coming from the bottom of the mix. If anything, the linguistic component of “Norupo” is here to tie everything together and unite the muted with the unstoppably expressive, much as a prophetic figure might attempt to do in a society completely disheveled by its drive for complete domination. There’s a lot of philosophical inferences to be made here, and it all starts with the integration of man and melody in this piece.

“Norupo” features a distant percussive component that slowly but surely bleeds into the vocal to create marvelous gust of physicality that simply cannot be regulated by the volume knob alone. Whether we’re listening to this single full-blast or at a more moderate level, the intensity of the collective force Heilung are producing – even with a rather minimalistic production style, mind you – is really something you’ve got to marvel at if you’re as big a music nerd as I am. They’ve got quaking strength, but none of it is coming at us brutishly.

The non-intrusive melodic scents in the backdrop here express so much tension without ever really changing the emotional context the vocal is creating up front, and in order to ensure this I can only imagine that Heilung spent a lot of extra hours in the studio hammering out even the smallest of details ahead of this song ever being branded ‘done.’ There’s too much to the construction of the first half of this work for me to believe anything else, and I don’t think listeners are going to disagree with my analysis, either.

You don’t have to be a big fan of left-field musicality and historical folk output in general to appreciate the relevance of a piece like “Norupo,” but those out there who were hoping for something just a bit grander than the contemporary pop crowd can handle are going to be head over heels in love with what Heilung has accomplished here. I wasn’t following their campaign before I stumbled across the viral video for this single, but now that I’m versed in the skills they contribute to the medium, there’s no way I’m going to be missing out on any future emissions. 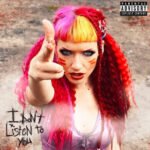 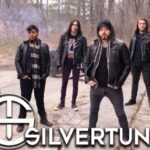