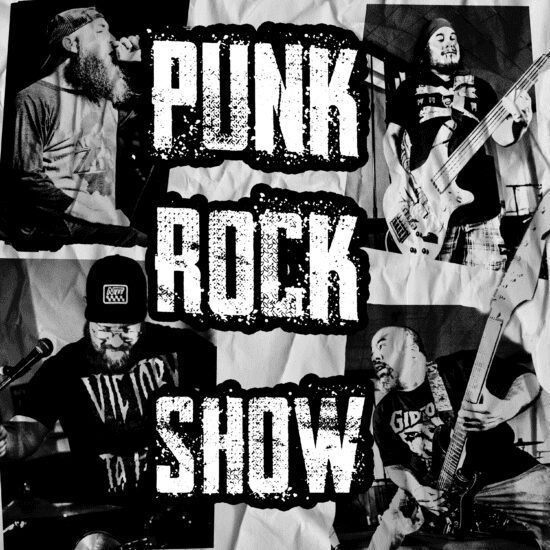 Certain genres of music will always create a sense of community around them. Punk rock has always been at the head of this. Whether it be the original outlaws joining together to go against the grain or the party punk of the late 90s, the communities are undeniable. Our recent discovery Hey Radio is aiming to bring back that feeling with their latest single “Punk Rock Show.”

The group based in Wichita, Kansas is bringing back that late 90s/early 2000s skate/pop punk style with their own brand of fun. It is a full party whether seeing Hey Radio live or just tuning into their music. Comparisons have been made to such bands as Rancid, MxPx, NOFX, Teenage Bottlerocket, and even Blink 182. It seems the hunger for this sound to return was strong. The band was in the final running in the Opening Act contest sponsored by Audacy for a chance to play at the Hollywood Bowl. Fans are hopping on the bandwagon quickly.

On November 25th, 2022, Hey Radio released their newest single “Punk Rock Show.” The skate punk party throwback brings back great memories. The band says “ it is all about getting together with the buds and heading out to party at a punk show. It’s all about having a good time, giving good memories, and enjoying some great tunes with the crew!

As the raw vocals attack right from the start the contagious energy grabs the listener. The fast paced guitar kicks in and takes it to the next level. There is no turning back. You came for the party and you are gonna get it. Some group vocals welcome everyone to sing along and be part of it. There is nothing fancy here in the verse except the passion and catchy feel. A nice little guitar solo breaks it up and shows there is some skill here too. Just a nice fun listen to get you ready for more.

We had a chance to chat with Hey Radio to get even deeper into their background and future plans. Enjoy the interview:

Where did the name Hey Radio come from?

It started out when we were first getting started writing songs together. A lot of what we were writing were really radio friendly tunes with not so radio friendly lyrics! But we joked that we were gonna make that one big hit song, and that we’d be yelling at the radio “Hey, radio! Play our song!” The name stuck since then!

What is it that brought you together to form the band?

Adam, Ian, and our original founding member Elton were doing a metal band before called Punish And Enslave – it was the band Adam and Elton had been in a while back, and we were looking at reforming and reviving it. One night, the three of us were jamming, and we made a joke about how metal bands change their styles to make money. Ian decided to show one of the songs he did with his old punk band (“P.E.”) and we thought it was a blast. We decided that we were gonna do punk as well, but as a comedy band side project, kinda like Spinal Tap! We’d do practices where we’d play the metal stuff, then go to the punk stuff, but after a while we started doing more and more punk until we realized the metal band was the new side project!

We started looking for some new members to complete the group, and we ended up as a pretty solid five-piece act for a while, recording a couple of albums and a one-off single. But after COVID hit, we hit a speed bump. Payton, the drummer we had at the time, decided to step down, and Elton also stepped down so he could focus on spending more time with his family. So we were on a hiatus for a while with just Adam, Ian, and Marcota (bass.) We ended up finding a guy (Dustin) who took over on drums, and we worked as a four-piece for a while, playing shows and moving from a heavier style to a more skate/party punk style, which is where we’re at currently.

What drives you to create the party punk music that you do?

We just love the style, you know? It’s all about having fun, hanging with the buds, having music and video game flashback moments. It doesn’t hurt that the song ideas come pretty quickly, and we have as much fun writing them as we do playing them! We’re really a bunch of nostalgia nerds who love it when people get the same feels when we perform!

Tell us about the community forming around the band.

We’ve got a lot of people who are digging our music, especially outside of our city. It’s kinda hard to get things going in our hometown, because there really aren’t many bands with our particular sound out here. But we’ve got some really solid support from some pretty solid people, and that’s what keeps us going.

Give us a look at the future of Hey Radio.

Well, we’ve recently gone back to being a five-piece act. Dustin, who’d been on drums for us, has moved to his main instrument of guitar, and we found a great new drummer (Donnie) who really meshes well with us. We’ve been coming up with a lot of killer new song ideas, and we’ve got some shows and festivals lined up for 2023. We’re looking at getting our new stuff to some labels as well as hopefully getting the attention of the Sirius station Faction Punk. We’re really stoked about the direction the music is going, and we can’t wait to see where things go from here!

Keep up with more from Hey Radio HERE. 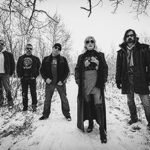 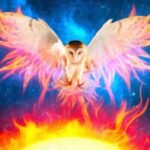