Music discovery comes at us from everywhere nowadays.  Independent bands can be heard everywhere we turn.  Thank goodness for the Shazam app and the new trend of putting the song title on the bottom of every screen now.  One of the most anticipated films of this summer ‘The Kings Of Summer’ had a song playing in the background that I didn’t recognize so I did some research and discovered the band Hotel Radio. 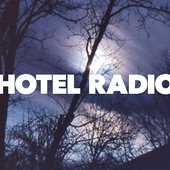 Hailing from Kansas City, Missouri, the indie rock band may have caught a lucky break to get their song ‘Our Summer’ into a film that will be seen by many people this summer.  The band consists of Patrick Meagher – vocals, guitars, keyboards, Jason Scheufler – vocals, guitars, keyboards, and Kevin Maret – drums.  Their music is fun mix of mellow and heartwarming songs that uses influences from throughout the indie rock spectrum.

Hotel Radio has put out a 4 song EP to capitalize on their newfound fame.  The first song ‘Hold On’ is an anthemic build up to a pretty song featuring Meagher’s melodic singing along with a beautiful background vocal filled chorus.  On ‘Almost Everything’ the band shows that they can mix some hard rock within a mellow song to create hard-soft-hard song that was so popular in the 90’s.  This one sticks out most to me.  The track that will be getting the most play is the acoustic-tinged ‘Our Summer’.  The song sounds simple but is filled with a lush soundscape that will leave the listener feeling good just having heard it.

Go jump on the Hotel Radio bandwagon now at: www.youtube.com/user/HotelRadioMusic

You can get the EP at: http://www.cdbaby.com/cd/hotelradio 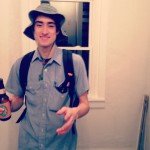 Shaggy Rogers - Old School Alt Hip Hop Is Back With Phenomenal... Previous
Genesis Be - Stays True To Herself With Video For 'Tampons... Next 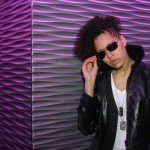