Hunter DeBlanc Leads Us In ‘Daydreaming’ 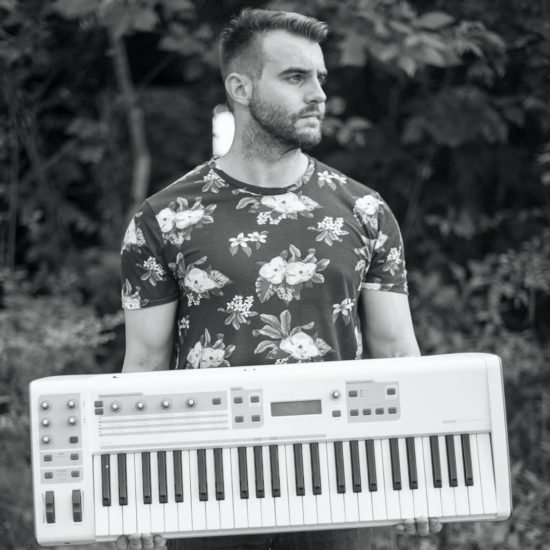 Music is an ever changing organism. The artists that are willing to experiment and combine genres to create something original will always stand out. Our recent find Hunter DeBlanc is one such artist.

The pianist and singer-songwriter is based in Lafayette, Louisiana. Hunter DeBlanc has been performing around the area for the past decade building his chops and gaining influence and freedom to experiment. The unique sound he has developed is an innovative mix of singer-songwriter pop and melodic synth sounds to paint a full sonic picture.

Last month, Hunter DeBlanc released his new album Daydreaming. It is full of emotional synth pop sweetness that will put you in a happy place. Right from the opening “Dawn (Intro)” you will start trying to figure out exactly what genre Hunter is heading towards. It is dark, peppy, and electronic, all at once. No need to figure it out, just enjoy the ride.

On “When The Sun Goes Down” there seems to be an island vibe added to the energy. You will quickly find your head bopping along and by the chorus you will be singing along with the rest of the group. The horns even added a touch of Yacht Rock to the mix. What a complete song.

The title track “Daydreaming” lets Hunter DeBlanc’s vocals shine through over a minimalist style beat. He is sweet and emotion filled. Fans will be lining up to give Hunter a hug after this one.

We wanted to dive in deeper so we had a chat with Hunter DeBlanc to share some insight into this innovative songwriter. Enjoy the interview below:

What first drew you to music, singing, and songwriting?

I’ve always had a huge passion for music. Ever since early 2000’s bands like Something Corporate, Jimmy Eat World, Say Anything, and tons of other bands from that “scene”, I’ve always wanted to one day write music that moved people, because without emotion, music is loses its purpose.

How would you describe the unique Hunter DeBlanc sound?

Someone once said my music sounds like “if Ben Folds and Passion Pit had a illegitimate love-child”, and I thought that was pretty cool.

Which artists have influenced your musical development most?

Andrew McMahon has always been a huge influence on me. Between his earlier works with Something Corporate and Jack’s Mannequin, to his most recent efforts with Andrew McMahon in The Wilderness, the honesty and passion in his songwriting has always inspired me to chase my musical dreams.

Lafayette, Louisiana has been a hotbed of talent lately. Tell us about your experience there?

I’ve now been performing in Lafayette for the entire past decade for a living, and the support from the local radio stations has been quite awesome. Hearing your own songs on the radio is always a cool feeling. But the best experience I’ve had there honestly is getting out of Lafayette.

It seems the songwriter muse has you now. Tell us about how your latest album Daydreaming came together?

Daydreaming is a concept EP.  All the songs have to do with day, night, time, and space. It’s all a metaphor for the dark time I went through after my younger brother Alexander overdosed and died in 2014. I was on top of the world right before it happened. I had just self-released my first EP, I was living it up, and had never really experienced loss before. Then it happened, he overdosed, and I found myself spiraling into the darkest place I’ve ever been. It felt like an eternal night time, and I began struggling with my own addictions, which is what ‘Back 4 More’ is about in particular– the repetition of addiction, and continually returning to the same places night after night with a fear of being alone. The album was originally going to be called ‘Night Noises’ due to the initial darker tone of the first few singles, but at some point, I found the whole writing process to be very therapeutic, and I began to see things in more positive light. I battled my demons, and I decided to call the album ‘Daydreaming’ in order to end things on a more positive note, and shine some light on the recovery process, as opposed to keeping it hidden in the closet with my ‘skeletons’, as talked about in ‘Night Noises.’ That’s also why I made the decision to release the album on Alexander’s birthday, August 31.

Which track would you say epitomizes your style?

I believe the track that has become of favorite mine is the outro track, “Dusk”, which is just me, the piano, and a synth-line that repeats throughout the song. It’s very short, but it shows a more intimate side. I wanted to explore a more indie-rock, synth-pop side of my music with this album, and this track allowed me to strip everything down and show a more emotional side.

What is next for Hunter DeBlanc?

I will release a full length LP in the Summer of 2018, and also embark on my first proper tour in Australia, called “Hunter Down Under.”

What advice would you give to other singer-songwriters pursuing their passion?

Always trust your instincts. Learn to trust your gut. Don’t let other people tell you what’s best for you and your music.

Keep up with Hunter DeBlanc on his socials:

And you can buy the album on iTunes 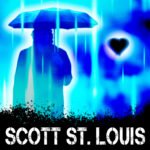 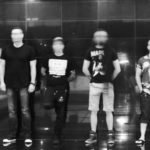