Get “Hype” With New Single From Tom Keifer

At the start of “Hype,” the new single from hard rock titan Tom Keifer, it’s difficult to predict what’s about to come scratching and clawing its way out of the white noise the song begins with, but whether we’re watching the video or just listening to the track on its own, there’s never any doubt that whatever is coming is going to be monolithic and fiery. Even through the snowy distortion that growls at us in the ten seconds that preclude the opening riff, there’s a sense of danger and urgency lurking in the shadows, and once the guitars kick in, it will be almost impossible for us to escape its grasp.

Of course, the biggest draw in “Hype” is its gushing riffs, which seem to bleed distorted melodies all over everything in the master mix, coming just short of drowning out the vocal track with a furious flow of overdrive. Keifer sits in the eye of the hurricane, dispatching verses like smoke signals from deep within the sonic forest, but his presence in the big picture is never obscured by the destruction his backing band is producing. It takes a big voice to come out on top in a situation like this, and for Tom Keifer, employing said voice seems to come as second nature.

“Hype” comes to a sizzling close amidst a fraying storm of noise and fading feedback, but even when its riffing has come to a stop, it’s not uncommon to continue to feel the thrust of the grooves long after the distorted melody has disappeared from the ethers altogether. Tom Keifer is playing for keeps in this latest single and its old school-stylized music video, and anyone who expected less than another stellar addition to his discography here is in for quite the surprise to say the least. 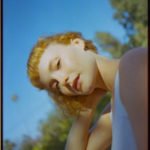 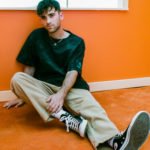 Get “Hype” With New Single From Tom Keifer