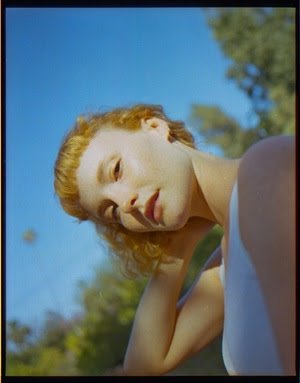 Kacy Hill is back and better than ever with her new single, “I Believe In You” featuring Francis and the Lights. The song is from her upcoming, highly anticipated 11-track album, Is It Selfish If We Talk About Me Again, set to be released on June 19.

“‘I Believe In You’ is about finding faith and purpose in the relationships I keep when I feel hopeless,” Hill said.

She added, “I hit a point where I needed someone bigger than myself to believe in, and the concept of God as an almighty power hadn’t felt like it was right for me. Instead, I found comfort in the small bits of happiness that make life a little easier every day. Things get better and sometimes all I have to do is be present to enjoy them – that in itself is something to believe in.”

Hill’s soft vocals reflect the awakening she’s experienced saying, “But I don’t need to be amazing, no one’s gotta be amazing,” showcasing the new positive outlook she’s adopted in her life, encouraging others to do the same. The song’s slow beat mixes and flows well with Hill’s voice and Francis’s interesting feature, presenting the new sound of Hill and what fans can expect from her forthcoming album.

The song is a perfect mix of electronica and dream pop, both exemplified by Hill’s unique voice and nostalgic vibe.

The accompanying music video directed by Lauren Dunn and Hill showcases Hill singing in front of a projector screen showing a sunset in the perspective of a driver in a car, representing her resilience and how she continues to prosper despite adversities she has experienced. She is happy and at peace, exhibited by her reassuring smile, once again being the beacon of hope for many.

In December 2017, Hill connected with Francis and the Lights and producer BJ Burton, who helped produce for Bon Iver and The Japanese House, in Minneapolis, where they started laying the foundations of Hill’s forthcoming album. Producer Jim-E Stack, who’s worked with HAIM and Caroline Polachek, also assisted in the production of the album.

The Phoenix-born, Los Angeles-based artist got her start in 2014 when her self-released single “Experience,” the second song Hill had ever recorded, went viral. After touring with Kanye West and Vanessa Beecroft for the YEEZUS tour, she signed to G.O.O.D. Music and ended her deal with the label in 2019. She said cutting ties with the label led her to soul search through her music. “It’s forced me to evaluate why I’m doing what I’m doing,” she says.

Combined with the Olympic-style competitive weightlifting Kacy Hill picked up a couple years ago, which she says has helped her be honest with herself and hold herself accountable in all aspects of her life, Hill is on a whole new path, which is evident in the fresh vibes exhibited by her newest single. From “I Believe In You,” it’s telling that her new album will showcase strength and growth as a symbol of perseverance for people looking to be inspired. 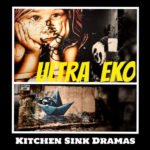