In The Next Life Shows Impressive Grind

There are a lot of elements comprising the primordial charm in In the Next Life’s 4FriendsInARoomWithAGun, but chief among them all has got to be the grinding guitars, which I would deem the bread and butter of this teaser EP from the acclaimed alt-rock syndicate. Whether they’re crushing us to dust in “Living in the Moment,” circling a gilded vocal harmony in an acoustic rendition of “Hope Dies,” begrudgingly shadowing a thick bassline in “Ashes and Dust” or throttling us with riffage reminiscent of When the Kite String Pops in “Manica Satanica,” the searing strings in 4FriendsInARoomWithAGun alone makes this latest release from In the Next Life a top pick for rockers this November.

For as melodic as the lead vocal is in this extended play, it actually complements the grittier textures in the songs quite wonderfully. Of course, the acoustic “Hope Dies” is perhaps the greatest showcase for singer Caroleen Stewart here, but she definitely holds her own with just as much strength in the electrified version of the song, as well as in suffocating numbers like “Ashes and Dust,” which tests her skills more than any other composition on 4FriendsInARoomWithAGun does. It helps that there’s already a lot of chemistry between the players in this band, but honestly I think that the contrast between the vocal and the instrumentation is what really drives their music home. It’s seamless yet rigid in texture, which is a tough balance for any group to strike.

If you like hard-edged rock n’ roll with influences from Seattle grunge and NOLA sludge alike, I’d recommend taking a peek at In the Next Life’s 4FriendsInARoomWithAGun over the autumn season, as it’s probably one of the heavier alternative rock records I’ve heard in a while. There aren’t any groups on the mainstream side of the genre playing with the kind of murky melodicism that this band is, but for some reason, they don’t stand out as oddities in their scene at the moment. Their sound is really natural and uncompromisingly physical where it counts the most, and I sincerely hope to hear more music like the content on 4FriendsInARoomWithAGun from their camp in the near future. 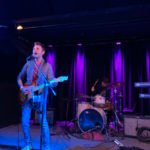 IndieWeek 2019 through the Eyes of Ships Have Sailed Previous
IBG Interview - 8 Questions With... LATENIGHTJACE Next 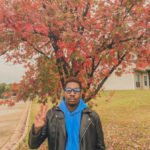 In The Next Life Shows Impressive Grind