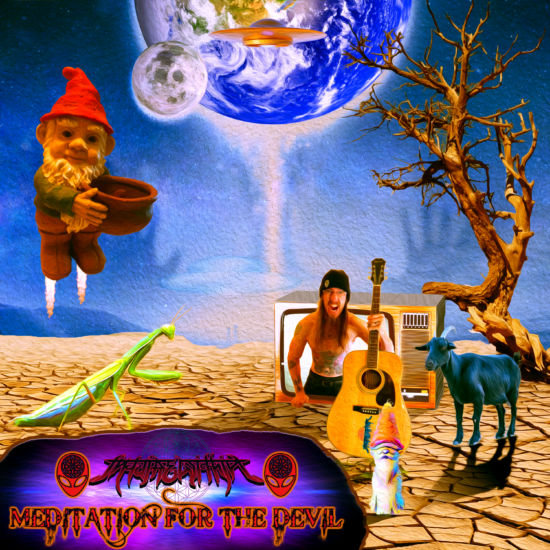 There are many questions in our universe that will never be fully explained. As an artist, we have an outlet to share our beliefs with the world. Some fans will agree and some will think we are crazy. The fact is that it doesn’t really matter either way. They are still listening with an open mind and that is all we can ask. Our recent find Inquire Within takes this to new levels with his music and depth into the UFO community.

We caught with Brett Larsen (aka Inquire Within) for a chat about his music and beliefs. Enjoy the interview here:

First off, what prompted the name Inquire Within?

I came up with this name when I realized that nearly all problems are internal. There is only so much we can do about what’s going on all around us but what we have full control over is ourselves and how we let things impact us. I was at a point in life where I was dealing with death in the family and other loses and I felt I wasn’t handling it well. I started making myself accountable for how I react to things, some of the stuff hippies talk about works. I got into meditation as well as intense self-reflection, made myself make peace with everything in my head. I think that if people spent more time trying to fix themselves and take accountability over their emotions, instead of other people or outside factors, the whole world would get a lot better.  I’m far from perfect and am far from having complete control, I don’t want to be a robot, but I think I have a good healthy balance of emotion and logic.

With the first album “Universe In My Head”, I think it could be summed up as “melancholy”. Though that album ranges from soft acoustic to extreme high speed Death Metal and everything in-between, there was a similar tone of emotion throughout that tied it together, like mental Purgatory that has a hand on both sides.

With this new album, “Meditation For The Devil” I would describe it as “cinematic” for a number of reasons. Though this album is all acoustic with influences ranging from modern indie to Death Metal, all the songs have an epic cinematic feel to them. There is far more energy in this one, the highs are higher and the lows are lower. I incorporated a lot of electronics in this album, a lot of synths and dreamy soundscapes but those dreams can also be nightmares. I think I have come much closer to finding my sound with this album.

My biggest influence has always been Marilyn Manson. In my Death Metal days, I loved his stage presence and how extreme he was, so I made my shows visually extreme. I’ve also always been fascinated with how he can make darkness beautiful. Whitechapel is a big influence on me as well even though not much of my stuff gets too brutal anymore (at least on this album). Phil Bozeman changed the game with how terrifying and low he can make his guttural voice. I take what I learned from him and still put those vocals into everything soft and heavy. My newer influences that have had a big impact on my recent work would be Devin Townsend and Peter Tägtgren of Pain/ Hypocrisy. Devin Townsends voice is ridiculously epic and that inspired me to take opera lessons, I also appreciate that he doesn’t pin himself into a musical corner, he makes every genre. With Peter, I like how he mixes the electronics in his music, he doesn’t really make them background noise they are utilized as another instrument. Also, both of them have mastered Death Metal and Rock N Roll.

We hear you are a huge source of knowledge in the UFO culture. Can you sum up the truth of what is out there for us?

That’s a tough thing for me to sum up without going on a 10 page rant. Basically the truth is right in front of us. The evidence is public if you look into it, all sorts of top-level government officials from around the world have already come forward with their evidence and testimony. The videos are everywhere. Many of the military records are declassified. You just have to look for it, since it is rarely on “mainstream” media. If you want to dip your toes into the evidence get on Netflix and watch Dr. Steven Greers documentary “Unacknowledged”, he is the OG of getting this info out of government officials publicly. Another good and fun source is my friend Jimmy Church with his radio show, “Fade To Black” it dives into all the evidence as well as rock n roll on a nightly basis. Once you start taking the dive and seeing real evidence as well as the reasons why there is still a UFO cover-up you might turn into a crazy person like me. Also for a big ol’ database of free UFO footage and Government Officials opening up about what they know people can go to my site, UFO.video

Your upcoming album Meditation For The Devil seems like quite the undertaking. How did it all come together?

This album is one that was never really planned. I was about 2 years into writing what was going to be the 2nd album “Alien Elite” (which will probably be out at the end of this year) and had recently recruited some new members into the band to be writing partners as well as live performers, so I can get back off the internet and into the real world again. While they were learning/ writing the new material I just was getting the itch way to intensely to release music. So, over the course of a couple months I wrote, recorded and finished “Meditation” while the other dudes were finishing up “Alien Elite”. I wanted to make this one all acoustic for the etheric vibe I was going for and because “Alien Elite” will have plenty of Heavy Metal and Death Metal. For “Meditation” I took a temporary break from the alien/ conspiracy theme and wrote the lyrics almost as a reminder to myself to get my thoughts under control. To me “Meditation For The Devil” kind of means medication for your anxieties and inner demons. It’s about calming the mind and taking control, breathing and meditation are my medication.

This record is also helping save the Earth with you partnering with Trees For The Future. Tell us about what you are doing together?

I first partnered with “Trees” prior to releasing “Universe In My Head”, I want to walk the walk in a sense. I do a lot of talking about making the world a better place and I realize that not everything can be fixed by counting on everyone to take control of themselves, some people will always be off a bit. So, from the beginning I have made it so album sales go towards reforestation efforts as well as feeding the hungry. The great thing about “Trees” is they focus on planting “Forest Gardens”, they go to Africa and teach villagers and farmers how to plant and sustain fruit bearing trees even in the harshest of climates. These trees then revitalize the soils and make farming other foods easier. With this new release and moving forward I am also including a portion of my streaming revenue from Spotify/ Apple to go towards reforestation. With the help of fans, we have contributed over 10,000 trees. I hope to make it a whole lot more with this album.

What does the future hold for Inquire Within?

The future seems to be holding a lot for, “Inquire Within”. “Meditation” is releasing in March, “Alien Elite” sometime not too long after that. I am planning on doing a lot of shows and festivals of different genres over the next couple years. I still have a decent amount of work to do to get the live show as visually epic as I want it before we get out there. A lot more alien madness will be pouring out of my brain and all over the world. Things have never stopped going up for this project and I have no intention of letting the momentum slow down. As “Inquire” I’ve only done performances at select private events, its time to get off my recliner and back into the real world of Rock and Metal.

Brett allowed us to get an advance listen to the Meditation For The Devil before its anticipated March 2020 release. Right from the opener “Home”, you know you are in store for something different. Interesting noises come from all angles as the vocals range from sweet to dark. The title track “Meditation For The Devil” continues with the dark theme as an electro-anthem energy is added to the song for soaring effect.

On the released single “I Can Fix The Sky” we get a taste of what Inquire Within truly stands for. The world has been in trouble but we are on the upswing in many areas. We can continue this trend if everyone pitches in just a little. The beautiful sound of this track is a motivation for us all to do our part.

The album continues winding through different genres and unique sounds to paint a picture while opening your mind. From the heavy rock tone of “Temple Of Moloch” to the airy space influenced computer vibe of “Infinitely Temporary”, there is something for everyone.

Prepare to open your mind and enter the world of Inquire Within on his all-encompassing WEBSITE. Help us make the world a better place. 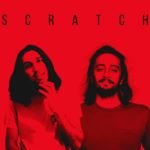