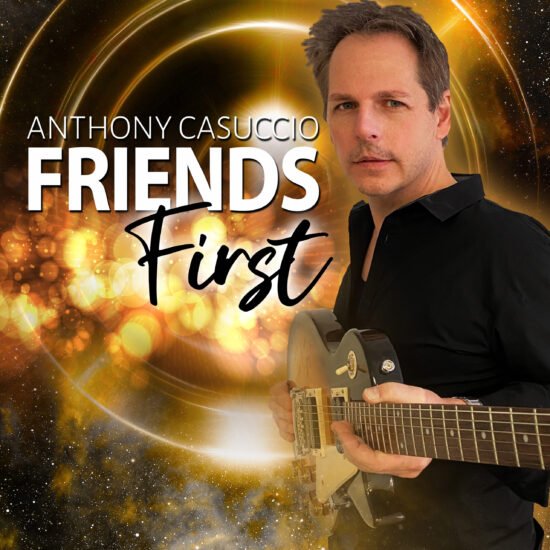 The music industry can be a difficult one to stay in. Constant changes have eaten up some lesser artists that are unable to adapt. Our friend Anthony Casuccio has been a staple in the music business for quite a while and keeps branching out into new areas to keep rolling ahead.

We had the chance to sit down with the artist/producer/songwriter/etc for a chat about his newest solo project and single “Friends First.” Enjoy the interview:

After a career in the music industry spanning over 25 years what keeps you driven to keep moving forward?

I have this inert feeling of always needing/wanting to create. So, I am always thinking about my next project. And that gets me excited. I keep moving forward and challenging myself. Because of the pandemic, I finally had some downtime. That break fueled a major creative musical surge on my part. I have been able to create in genres that are new to me such as country and EDM.

We have covered your band A&L multiple times before. What prompted this new branch out into a solo career?

I have to say Covid did. As I mentioned, I had a lot of down time. There was no opportunity to rehearse or get into the studio with A&L. So, I started writing. And the songs I came up with probably would not translate well to A&L songs. I finished a new studio to record in. I figured that I should release these new songs. The first in a series of releases is my country song called Friends First.

How would you describe the new Anthony Casuccio sound?

That is a tough question because this song is a country song, and my next release will be an electronic dance music EP. One thing that I would say that characterizes my sound: lots of harmonies. And slick production, I like to convey a very produced sound on my own recordings. I like to push myself with new sounds and sonic textures. Even on a very simple song like Friends First. There are a ton of harmonies and a few synth sounds not usually found in country or folk rock.

Give us the story of how the new single “Friends First” came to be?

Its probably evident to the listener where this inspiration came from. I wrote this song based on an experience that led to the storytelling lyrics. Over a short period of time, the song morphed from a simple acoustic song that I would play in my bedroom to the fully produced song that is out now.

What other talents did you bring in to produce this song?

I collaborated with Gino Mirizio who is an amazing international drummer/percussionist based in Toronto
Robin Grandin – a musical powerhouse from the group Mustang Sally who played bass and added the catchy harmonies. They really helped me reach my musical vision.

What emotions do you hope to arise in the listener?

I want the listeners to sing. I hope to get them singing along without even realizing it. I purposely wrote a very catch, repetitive chorus with the end user in mind. Maybe someone will use this at their wedding. That would be fantastic.

You are truly multi-talented in music being a successful producer, engineer, and songwriter. Do you find different joy in each aspect?

I guess it depends on if the project is mine or a client. For my personal music, I like to wear all those hats. And I get excited with all of them equally. I am lucky enough to have grown as a musician and audio technician. One thing that I have learned over the years is that you cannot do it all. That is why I have started bringing in other musicians to help me reach my musical goal. Clients hire me as an engineer or producer. I love that creative aspect. And I do bring a creative aspect to those technical areas. My songwriting has helped me generate mixing ideas for clients. That has given me a way to connect with my clients on a different, more creative level.

Where does the Anthony Casuccio journey go from here?

I will be releasing my EDM EP in the next few months. I will put down the guitar and get behind my two decks and spin some dance music. 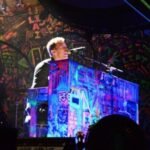 5 Great Indie Rock Songs with Strings and Piano Previous
Project213 Drops "Bleed With Who?" Next 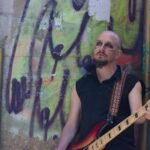