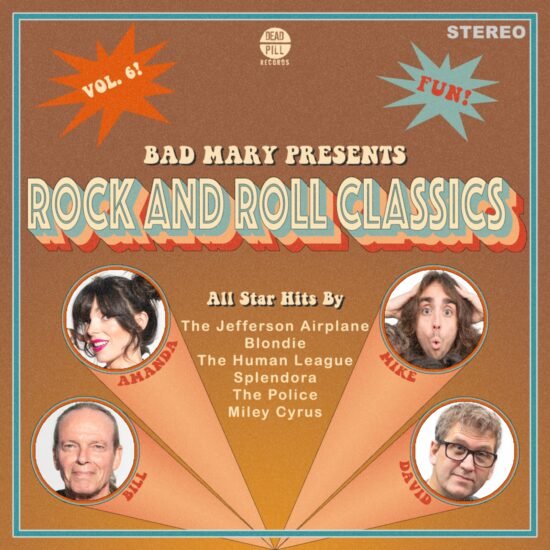 Obviously running the Indie Band Guru blog we come across a lot of talented bands. We scroll through social media, read indie blogs, listen to alternative playlists, etc. When we keep coming across a specific band, we like to dive in deeper. One such band is Bad Mary.

We caught up with the multi-generational and talented alt-punk rock band for a chat to see what they were up to. Enjoy the interview:

First off, who is Mary and why is she so bad?

David: Bad Mary is that person inside all of us who just wants to break out, ignore the rules, and let loose. There’s a lot of serious stuff going on in the world, and we need to take it seriously, and we need to act on it. But sometimes it all gets too much. Bad Mary says, “Fuck it, tonight is for me, tonight I’m going to forget my problems, tonight I’m going to go out and have fun.”

How would you describe the Bad Mary sound?

Amanda: We write fast songs and then we play them faster. We definitely make a lot of noise, and we have a lot of fun. When I try to explain what our music sounds like it’s usually something like “CBGB era inspired modern melodic party punk rock.” So… we sound like THAT I guess.

With quite a diverse lineup in the band, which artists would you say are your biggest influences?

Mike: Since we’re from all different eras, each of us draws from different bands when writing/performing. The Main influences are Blondie, Ramones, Sex Pistols, the CBGB era of punk or the 1970s UK era of punk. We also draw influence from 80s/90s bands like Green Day, Rancid, Bad Religion. But also, classic bands like Queen, AC/DC. Lots of influences flying around, but that gives us our sound, I think.

Those influences seem to come to life on your new record. Tell us how the Rock N Roll Classics EP came to life?

Mike: We had been playing a lot of these songs live for years. They’re all from bands we love or songs that always stuck with us. While coming out of the COVID-19 Pandemic we wanted to get back into recording, so we figured a few covers EPs would be a great way to do it. Our roots are really shown with our cover of One Way Or Another, but we also wanted to have a fun mix of songs; whether it’s Miley Cyrus, Splendora, or The Human League. The Police is also one of Amanda’s favorite bands and Next To You has been a show closer for us for the better part of a decade.

Perhaps my favorite track from the record, what prompted Bad Mary to cover “You’re Standing On My Neck” from the early days of MTV animation?

Amanda: Mostly because we love Daria! I grew up watching it, and I can’t believe it’s turning twenty-five this year. It’s a show that was way ahead of its time on a network doing things that no one else was doing. MTV has changed a LOT over the years, but the era of shows like Daria was definitely my favorite time. Whenever we talked about covers, we might like to try I always brought up the Daria theme. The “La La La La La” is impossible to not sing along with – so when we decided to do a covers EP, this was the first song I wanted to do!

You put together a great video for it too. Tell us about creating that?

David: The voice in the song is obviously of someone who is totally unimpressed and unfazed by what is going on around them. So, I wanted to express that visually too. I figured the best way to do it was to have this extreme activity going on, with Amanda being very static and bored in the center of it all. I’m not sure of how I hit on the idea of shooting in Times Square, but when you have it at your disposal, why not use it? So, I slowed the track down to 50% and had Amanda sing along to that in the middle of everything. Then when we speed it back up… voila!

I think we did this in two takes, and we got lucky on the line “Excuse me” because someone just happened to be walking by and knocks into Amanda right at that moment… totally unplanned, don’t even know who that was!

We also got a sketchy Elmo in the shot, so I was very happy about that.

Share some advice for other bands ready to explode now that the lockdowns are coming to an end?

Bill: My advice to bands getting ready to hit the live scene again after being quarantined for quite a while would be to simply realize the difference between studio (garage, basement, etc.) playing and the live show where every minute of the performance on stage is important. As a band you’ve most likely spent a lot of time polishing your material, but the in-between song times are important too. A little attention to the stage banter can go a long way in winning over an audience. To some performers it comes naturally, and others need to work on it to be comfortable. I really think if the crowd likes your music, they really want to like you so try not to blow it when it comes time to say hello to the crowd.

What does the future look like for Bad Mary?

Amanda: The past couple of years have been quite a journey with navigating trying to play in a time where there were no clubs open and there was no live music anywhere. We started streaming full sets and songwriting sessions to Twitch and that’s definitely been keeping us going. So MORE of that! And now that shows are starting up again, we’re starting to play and travel a lot more. So, more streaming, more shows, and more original Bad Mary recordings in 2022! We have a covers EP releasing March 8, two new original songs releasing in the spring, a second covers EP in the summer and a NEW ORIGINAL EP in the fall! So be ready for a LOT of us! 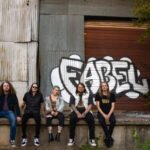 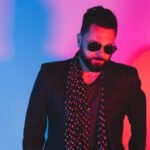