Music can be so many things. For our friend Roy Souaid of the band John Lebanon, it started as a hobby. Since then it has taken on real meaning and shared with the world.

We caught up with the talented artist to get a little deeper into what he does. Enjoy the interview here:

First off, why did you decide to call this project John Lebanon?

Well, it was more of a nickname at first. We were performing at a bar in Krakow back then under project name “small heads“ and I was wearing glasses similar to John Lennon’s. We were not playing Beatles songs but it was a very friendly atmosphere and someone commented that I looked like John Lennon, it wasn’t the first time but friends from medical school, inebriated made the link that John Lebanon would be a better name as I have more facial hair and am actually Lebanese. It was a hilarious comment especially with a few drinks so the name stuck and used it for this project that evolved into a band.

Frankly eclectic. I started out making mainly acoustic/ pop-rock /alternative music as solo, then as I learned about funk and later on electronic, I tried to incorporate what I was liking.
The band mates are mainly into surf rock / synthpop so as we collaborate more, we get to enrich the sounds we produce.

I like listening to a very wide range of sounds but If I had to pick an artist with a big influence on me, I would have to say: Serge Gainsbourg, William Onyeabor and Fela Kuti.

Having a successful career as a medical professional, what draws you to create music?

At first, I thought it would help boost my tinder profile but then I met her and I kept on making music. 🙂
Everybody needs some sort of hobby – I just love hanging out with the band and jamming.
Coming up with new sounds and the whole production process. It feels damn good listening to what you have been working on for a year or so.

Tell us about your latest single “If I Fail They Die”

I wish I spent more time mixing/ mastering, but I wanted to do something raw and frank about what I was feeling. Man I was scared and anxious during that time yet kept it together and tried to focus on the mission. The song encapsulates what is the mood of the day and I really wanted to have a memory of that strange era I could look back to. I mean it felt like I was getting drafted to join a war and I was excited about all that.
I felt a sense of purpose that I had never experienced before.

What do you hope the listener can take away from your music?

It does depend on the release and the listener honestly. We try to have every project uniquely different and for every listener, there is a sound to love and a sound to hate.
Some are meant for reflection and intimate moments; others can be less thoughtful and more for driving or to be played in the background.
Overall, honestly I don’t really think about what the listener could take away unless it is meant for a specific person. I do it mostly for myself. I know this sounds selfish but it’s true.

Share some advice for other people that create music on the side of their career?

Be expressive and true. Make music for the people you care about the most and have fun with it. You do have that luxury.

Give us a look at the future of John Lebanon?

Probably more instrumental projects and will continue to have at least one main themed EP/album every few years or so. Artwork will remain central to the expression of course.
Keep an eye out for Vermont Arab next year, It’s very different from prior releases. Also, there will be a comeback to acoustics in the near future. 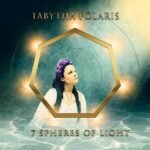